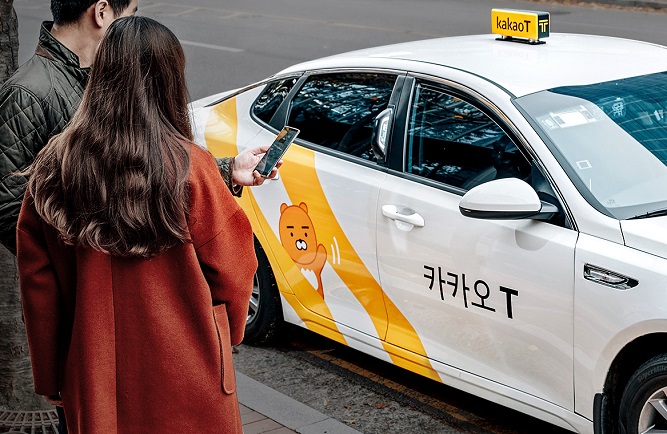 The existing members of the service who want to run electric taxis can also benefit from the program.

At first, the new program will provide financial support of 2 million won (US$1,760) each for the purchase of 50 electric taxis.

The stumbling blocks that have prevented the widespread adoption of electric taxis include their cost, and concern about charging infrastructure. 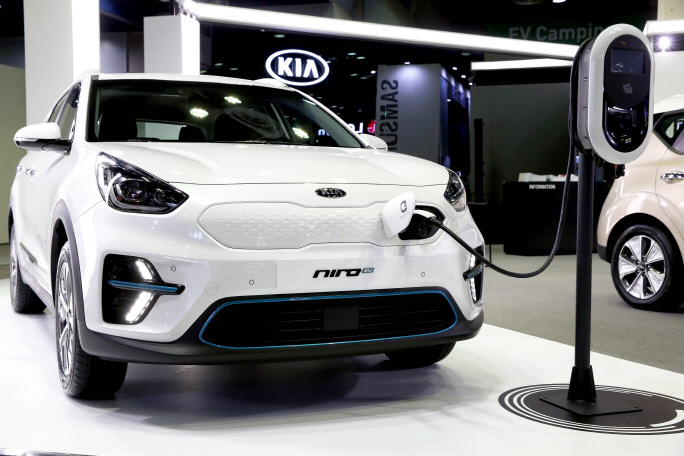 A Niro EV being charged at the EV Trend Korea expo at the COEX exhibition hall in southern Seoul on May 2, 2019. (image: Kia)

The buying price of Kia Corp.’s Niro electric vehicle is high at around 30 million won, a price that includes the Seoul Metropolitan Government’s maximum subsidy of 18 million won for electric taxis.

This is a burdensome price given that pricing for ordinary mid-sized liquefied petroleum gas (LPG)-powered taxis starts below 20 million won.

At present, the share of electric taxis among Kakao T Blue’s fleet remains low at about 1 percent, or 180 vehicles.

Kakao Mobility, which recently formed a partnership with Kia, plans to speed up the distribution of electric taxis by offering a wide variety of benefits, including financial support for the purchase of electric taxis.

Although the initial cost is relatively high, electric taxis are cheap to operate and maintain. Compared to LPG fuel, which costs about 12,750 won for a distance of 200 kilometers, rapid charging for electric cars costs 9,650 won.