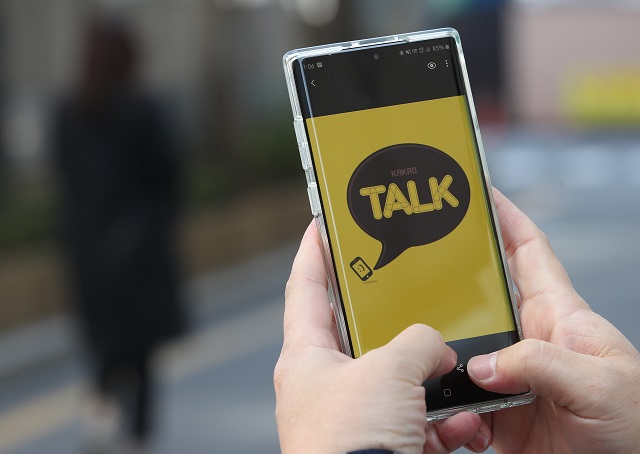 The standoff between the two companies has continued for nearly two weeks, after Google turned down Kakao’s submission for the latest 9.8.6 version of KakaoTalk for Android on June 30, apparently for maintaining an external payment link against Google’s new policy.

According to industry sources, Kakao has decided to remove the external link and resubmit the KakaoTalk update application with Google.

The decision came after the Korea Communications Commission (KCC), South Korea’s telecommunications regulator, held a three-way meeting with executives of both companies to listen to their positions last Thursday.

Google announced in April its new payment policy, which requires app developers selling digital goods and services on its app market to use Google’s own billing system and remove external payment links.

The move has prompted many content companies to remove their external payment links and instead raise prices of content, such as webtoons and digital books, to make up for increased costs due to commissions.

Kakao, however, apparently decided to challenge Google’s policy, which has been widely perceived by the local tech community as a violation of the country’s revised Telecommunications Business Act.

The revision, which bans app store operators from forcing developers to use their own in-app payment systems, was passed by the National Assembly in September of last year — making South Korea the first country in the world to introduce such curbs on in-app billing policies of Apple and Google.

The KCC, meanwhile, decided to launch a formal investigation into Google’s new billing policy. The regulator has been looking into Google’s new policy after reaching a provisional conclusion that the U.S. tech giant was in violation of the South Korean law.