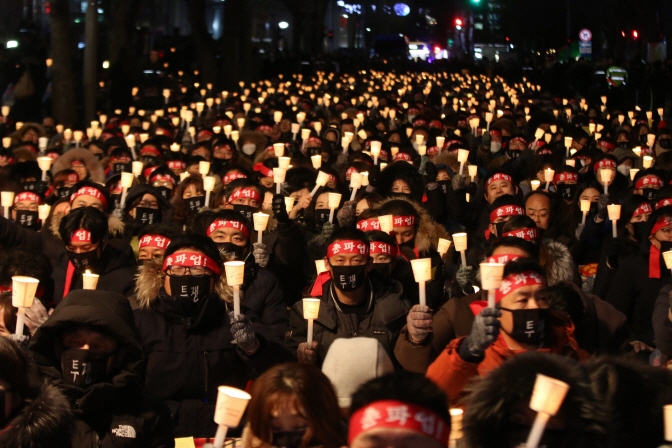 SEOUL, Dec. 27 (Korea Bizwire) — Workers at KB Kookmin Bank, a major South Korean lender, will go on a general strike next month for the first time in 19 years, its labor union said Thursday.

Around 96 percent of some 12,000 unionized workers voted in favor of the walkout in protest of the management’s offer for this year’s bonuses and wage payment system, the union said, adding that the strike will start on Jan. 8, 2019.

The minimum required for passage is the approval of more than 50 percent of the members, the union noted.

They last took such a collective action in 2000 over the course of its acquisition of the Housing & Commercial Bank.

The labor union and the management have been wrangling over key issues, including rules on the wage payment system and the amount of bonuses to be paid this year, and failed to reach a middle ground despite arbitration attempts by the National Labor Relations Commission.

“If the management changes its incorrect thoughts and comes to the negotiation table before Jan. 7, we expect to reach a dramatic agreement,” the union said.