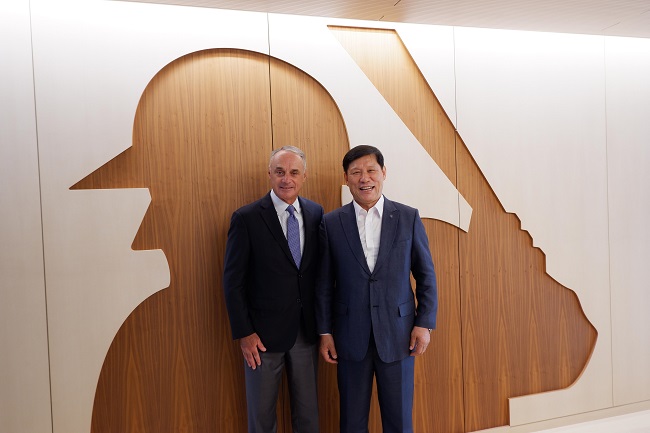 SEOUL, Aug. 11 (Korea Bizwire) — The South Korean baseball league is trying to schedule regular season games in the United States at the start of the 2024 season, its commissioner said Thursday, disclosing the specific target dates for those games for the first time.

On Thursday, Heo said the two leagues have continued to explore the possibility of playing games on each other’s turf.

“Because of the World Baseball Classic, having our games in the U.S. in March 2023 will be difficult, but I think it’s possible to do so in March 2024,” Heo told Yonhap News Agency.

“We feel that the third weekend of March that year would be ideal. We will have K-pop stars perform in front of Korean immigrants and local fans alike, and have those games televised nationally in the U.S. to promote KBO baseball.

“If we can start a season in the U.S., it will increase our league’s value,” Heo continued. “And the corporate owners of KBO teams that have a presence in the U.S. will benefit from that publicity.”

League officials said they recently contacted three California-based teams in MLB about having KBO games at their ballparks: the Los Angeles Dodgers, the Los Angeles Angels and the San Diego Padres, who have South Korean infielder Kim Ha-seong on their roster. 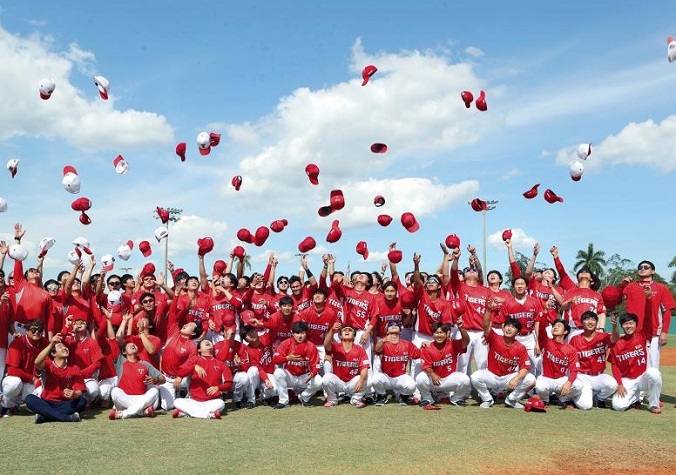 This file photo provided by the Kia Tigers on March 16, 2020, shows members of the Tigers celebrating the end of their spring training in Fort Myers, Florida.

Some recent progress in KBO-MLB talks doesn’t mean there aren’t obstacles. For one, KBO clubs themselves may be reluctant to travel afar for an early-season game lest such a trip affect players for the rest of the season.

KBO regular seasons typically begin at the end of March or early April. A mid-March start, for the sake of having games in the U.S., may not sit well with the teams, something that’s not lost on the KBO.

“Players are accustomed to playing exhibition games in early to mid-March, and to play regular season games around that time, players would have to be ramped up earlier than they’re typically accustomed to,” a KBO official said.

“Players may be more vulnerable to injuries in that situation, and that could ruin their entire season.”

Another potential road block is Heo’s tenure. He took the reins in March, after his predecessor, Chung Ji-taik, abruptly resigned in February, just over a year into the job. Heo will only serve the rest of what would have been Chung’s term until the end of 2023.

Heo has been actively pushing for having KBO games in the U.S., but if he is not elected for a second term and the new commissioner isn’t as enthusiastic about the American venture, then Heo’s idea would simply die an untimely death.

Seven out of 10 KBO clubs plan to hold spring training in the U.S., either in Arizona or Florida, in the next couple of years. They would be prime candidates to play Opening Days games in California in 2024, if the KBO gets its wish.