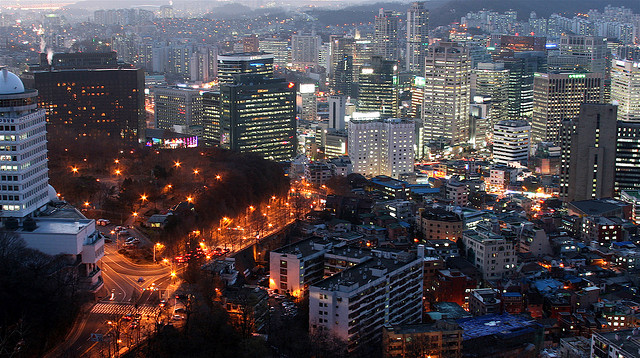 On May 27, the state-run economic think tank predicted this year’s GDP growth to be 3.7 percent in its “Economic Outlook for the First Half 2014.” (image: toughkidcst/flickr)

SEOUL, May 28 (Korea Bizwire) – The Korea Development Institute, South Korea’s think tank, has downgraded the estimated economic growth on the ground that the aftereffect caused by the Sewol ferry incident and lower consumer spending druing the first quarter will linger on for some time now.

On May 27, the state-run economic think tank predicted this year’s GDP growth to be 3.7 percent in its report titled “Economic Outlook for the First Half 2014.” The estimated growth rate was even lower than that (4.3%) forecast by the Bank of Korea announced early last month.

In the previous year, KDI announced Korea’s economic outlook for 2014 to be 3.7 percent, which was equivalent to 3.9 percent according to the new international standard. KDI estimated 2015’s GDP to be 3.8 percent, a slight improvement.

One of the contributing factors to the downgrade of the estimated economic growth was stalled consumer spending in the first quarter. The consumer spending was 2.6 percent in the first quarter, an increase from last year’s 2.0 percent but still below the economic growth rate. To make matters worse, the ferry accident broke out to deepen the economic recession.

This year, similar to last, a current account surplus of $78 billion is expected. Since the current account balance is closely associated with the exchange rate, KDI has elevated the growth estimate as the Korean won against the U.S. dollar is expected to go up by 6 percent this year.