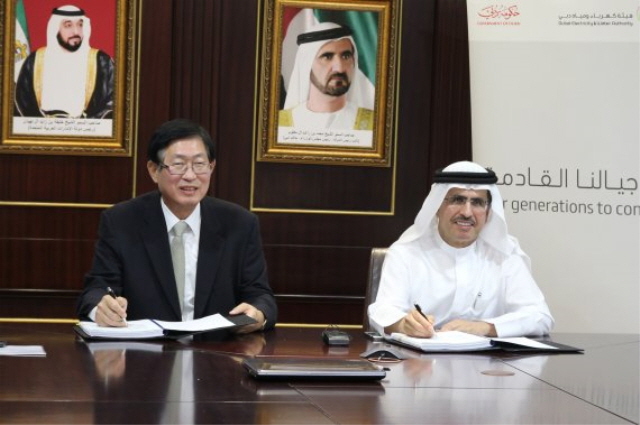 SEJONG, Oct. 29 (Korea Bizwire) — South Korea’s state-run power monopoly said Thursday that it has inked a smart grid system deal with Dubai that can lead to more business opportunities down the road.

The project calls for the building of a smart grid station that includes solar power generation and energy storage facilities, which can be operated by a unified management system.’

A smart grid is a new electric power system that allows two-way communication between suppliers and consumers, aimed at cutting back on energy use.

The station will control the Green Garage operated by DEWA. This futuristic automobile garage and parking lot has office and accommodation space for workers and is part of the larger Smart City project being pursued by Dubai for completion in 2021.

If the pilot project is a success, the Arabian Gulf state plans to build such facilities throughout the country.

Such a development can lead to more opportunities for the South Korean power company.

The company launched its first smart grid station in 2013 and has built others throughout South Korea ever since.

KEPCO estimated that the global smart grid market can grow as large as $20 billion by 2020. The company said it wants to gain access to markets that include Kuwait, Guam and Ecuador.