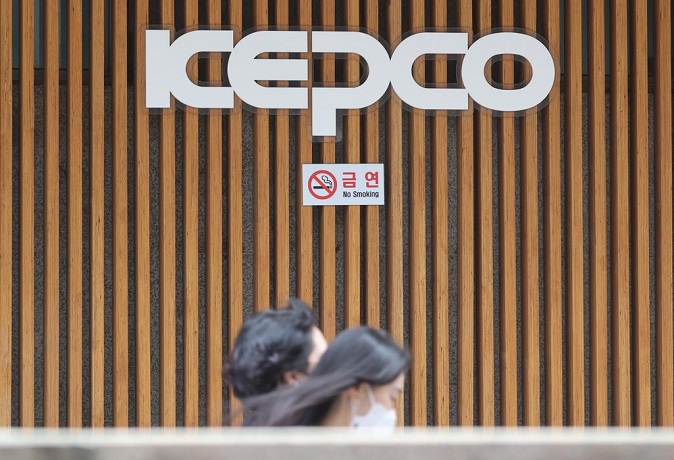 The consolidated net losses widened to 7.53 trillion won (US$5.66 billion) in the July-September period, compared with a loss of 936.7 billion won a year earlier, the company said in a regulatory filing.

It is the largest ever third-quarter net loss the utility firm has logged so far.

It is also higher than its second-quarter net loss of 6.52 trillion won and neared the worst ever quarterly figure of 7.79 trillion won. The firm has logged quarterly losses for six consecutive quarters.

The third-quarter loss came as global liquefied natural gas prices jumped 115.1 percent on-year during the January-September period to 1,325.6 won per ton, and the price of soft coal nearly doubled to US$354.90 per ton, according to government data.

Despite the surge in energy prices, this quarter KEPCO was forced to cap electricity rates amid the government’s efforts to curb surging consumer prices.

The price per unit of electricity grew 8.2 percent on-year to 116.4 won per kilowatt-hour this year. KEPCO hiked electricity rates three times so far this year after two consecutive quarters of freezes.

If the current trend continues, the company is expected to remain in the red in the fourth quarter, bringing its yearly losses to nearly 30 trillion won, according to market watchers.

In the wake of snowballing losses, KEPCO came up with a series of self-rescue measures, including the restructuring of overseas businesses, property sales and other cost-cutting moves worth a combined 14.3 trillion won.

“It is unlikely for the global fuel market situation to make a drastic turnaround next year. We think there are some fair reasons for further electricity rate hikes,” Industry Minister Lee Chang-yang told a parliamentary session on the day.

KEPCO’s shares closed at 19,100 won on the Seoul bourse Friday, up 4.68 percent from the previous session.