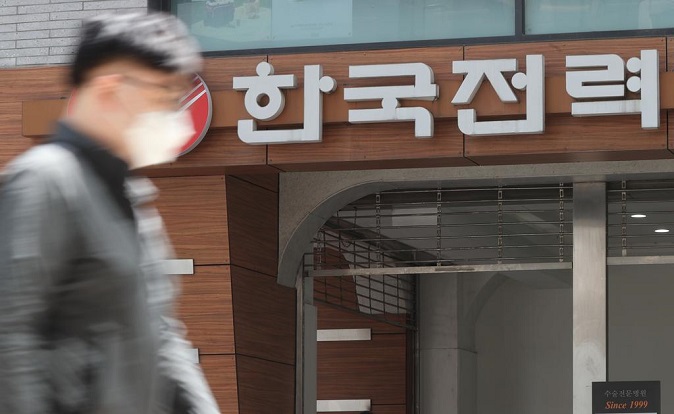 This photo, taken May 10, 2022, shows an office of the state power firm Korea Electric Power Corp. in Seoul. (Yonhap)

SEOUL, May 18 (Korea Bizwire) — South Korea’s state power firm Korea Electric Power Corp. (KEPCO) said Wednesday it will sell all overseas coal power plants, including one in the Philippines, as part of efforts to improve its financial status over record quarterly losses.

Last week, the state-run electricity monopoly reported a record-high operating loss of 7.78 trillion won (US$6.14 billion) in the first quarter of this year due to high global energy costs and the freeze in electricity rates.

Holding an emergency meeting with its affiliates, KEPCO vowed to “seek all possible options” to make up for more than 6 trillion won, including the restructuring of overseas businesses, property sales, and other cost-cutting measures.

In detail, the company plans to sell a thermoelectric power plant it built in the Philippine city of Cebu, as well as a solar power plant in the United States.

It is also reviewing withdrawing from other overseas coal power plant projects in phases, and selling off some gas power plants in foreign countries.

Such restructuring of overseas businesses is expected to allow the company to secure about 1.9 trillion won, according to KEPCO.

It also pledged efforts to secure more channels of fuel imports to reduce cost of production, and to rearrange its investment schedule to better focus on streamlining the corporate structure.

“We will expedite our management innovation to make the current crisis a chance to resolve longtime structural and systematic problems,” KEPCO said.