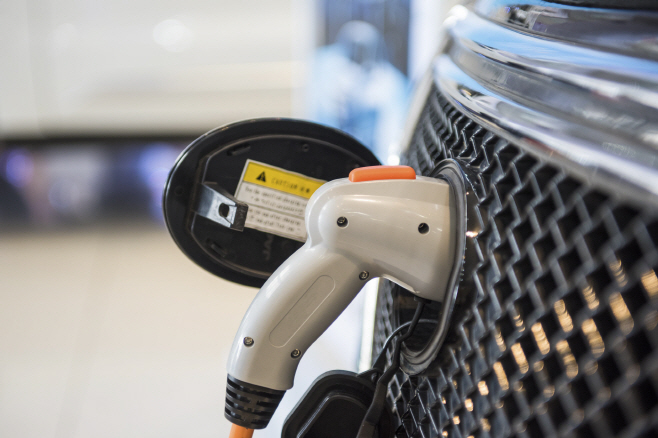 A report by the Ministry of Trade, Industry and Energy showed that eco-friendly cars maintained a rise in domestic sales in the first half of this year. (image: Korea Bizwire)

SEOUL, Aug. 1 (Korea Bizwire) — The most important factor that consumers consider when buying an electric vehicle (EV) is the distance one can drive on a fully charged battery, also known as the vehicle’s range.

According to a survey of 4,000 consumers conducted by SK Encar, a used car platform, 49.5 percent of the respondents cited range as the most important factor when buying an EV.

Next in line was price at 19.4 percent, location of charging stations at 15.5 percent, charging time at 9.9 percent, and the type of vehicle at 2.8 percent.

In addition, 2.8 percent of respondents who chose another factor said battery life, the warranty period, the design and rear seat space were important.

Meanwhile, a report by the Ministry of Trade, Industry and Energy showed that eco-friendly cars maintained a rise in domestic sales in the first half of this year.

Furthermore, the continuous expansion of charging infrastructure and increased awareness of eco-friendly vehicles by buyers attributed to the increased sales of EVs.