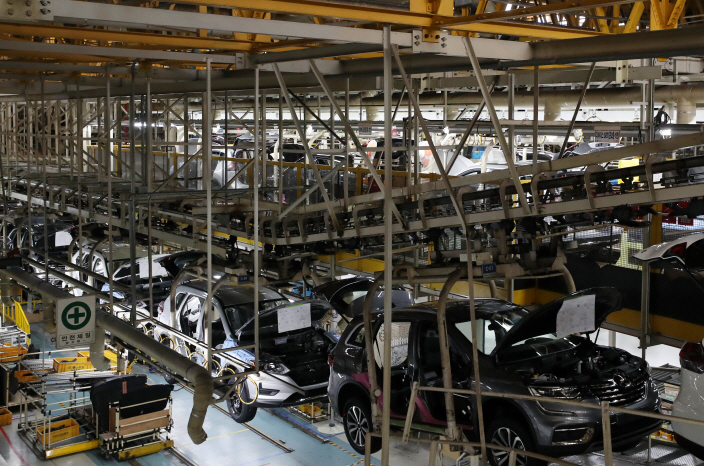 SEOUL, Jan. 13 (Korea Bizwire) — Labor disputes are still posing a major hurdle for some of the country’s carmakers as they have yet to finish wage deals for the year of 2019 amid a still murky outlook, industry sources said Monday.

But three carmakers — Kia Motors Corp., Renault Samsung Motors Corp. and GM Korea Co. — have had difficulties in narrowing a gap over wages and working conditions with their unionized workers since last year.

Their union leaderships have changed.

Kia’s union, which already staged three rounds of partial strikes last month, said it will walk out for eight hours a day from Monday to Wednesday and 12 hours from Thursday to Friday.

Kia workers have demanded the company narrow an income gap with workers at bigger affiliate Hyundai Motor. But the company balked at it, citing growing uncertainties in global automobile markets.

The two sides said they will continue negotiations this week for a consensus separately from the planned strikes.

In a vote held last month, 56 percent of the union’s 27,050 workers rejected a deal tentatively agreed to by the company and the union.

For the whole of 2019, Kia’s sales fell 1.5 percent to 2.77 million vehicles from 2.81 million units a year earlier due to lower demand in China and emerging markets.

After suffering continued strikes over 12 days through Thursday, Renault Samsung Motors made a decision on Friday to partially shut down its sole plant in Busan, 453 kilometers south of Seoul, to reduce further production losses from strikes.

The 12 rounds of partial walkouts caused estimated production losses of 6,000 vehicles worth 110 billion won, according to the company.

Starting Friday, the company said it will operate the plant only during the daytime for the 70 percent of its 1,700 workers who are not taking part in the walkouts, and those who are taking part will be prohibited from entering the plant.

It is the second time for the company to partially close the plant after it took a similar step for one day during wage negotiations with the union in May 2019 for the year of 2018.

A production line at a GM Korea Co. plant in Incheon, west of Seoul, stands idle on Sept. 9, 2019, after the carmaker’s unionized workers staged a full-scale strike. (Yonhap)

Renault Samsung made a wage freeze proposal for the year of 2019 and also offered a voluntary retirement program, the first since 2012, to its employees in September last year.

But only a few dozen workers applied for the program.

The company said it will be difficult to keep the current workforce as the output volume of Nissan Motor Co.’s Rogue SUV fell sharply this year from last year’s 60,000 units.

It is still in talks with parent Renault S.A. to secure export volume for the XM3 compact SUV.

GM Korea’s new union leaders have yet to start wage negotiations with the company for the year of 2019.

In October, the former union leadership declared there will be no further talks for the remainder of 2019 due to a gap running deep between the company and the union over wages.

The South Korean unit of General Motors Co. rejected the demands, saying the business environment is worsening and the company is still mired in a deficit.

Prolonged strikes at the three carmakers would affect their scheduled vehicle productions and weigh on their bottom lines this year, industry sources said.