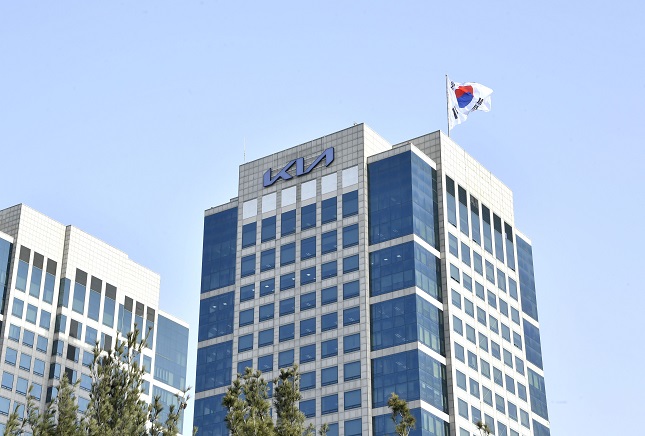 This file photo provided by Kia Corp. shows its headquarters building with its new company logo in Yangjae, southern Seoul.

The maker of the K5 sedan and the Telluride SUV said it will also make efforts to improve its corporate competitiveness and shareholder value in the next six years.

It also changed its brand slogan from “The Power to Surprise” to “Movement that inspires.”

“We are breaking away from our traditional manufacturing-driven business model and expanding into new and emerging business areas by creating innovative mobility products and services that meet customer needs,” Kia President Song Ho-sung said last month.

Kia plans to beef up its EV lineup with 11 models, including seven all-electric ones, by 2026 as it seeks to sell 1.6 million environment friendly vehicles in 2030.

The company will release its pure electric crossover model based on a new EV platform called the electric-global modular platform (E-GMP) in the first quarter.

The new vehicle with the project name of “CV” will be the first global model to bear Kia’s new logo. It also comes with a battery that enables an electric driving range of over 500 kilometers and a high-speed charging time of less than 20 minutes.

With its strengthened EV lineup, it targets to achieve a 6.6 percent share of the global battery-powered EV market by 2025 and global annual sales of 500,000 units by 2026. 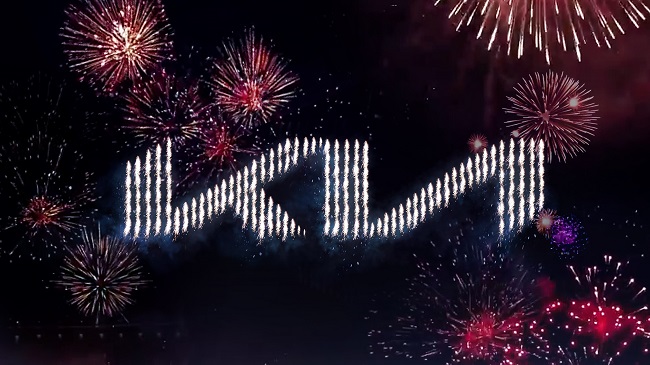 This photo, provided by Kia Motors Corp. on Jan. 6, 2021, shows a total of 303 drones forming the new logo of South Korea’s second-biggest carmaker during a virtual ceremony to unveil its new logo and brand slogan.

Moreover, Kia said it will introduce its first purpose-built vehicle (PBV) model, the PBV01, next year, with a goal of selling 1 million units in global markets per year by 2030.

PBVs allow passengers to enjoy tailored services while traveling to their destinations. Upon personalization, PBVs can function as a restaurant, coffee shop and hotel, or even a clinic and pharmacy, in addition to an urban shuttle.

PBVs and the urban air mobility (UAM) service connect at the Hub, which will be installed across future cities to form a mobility ecosystem.

The Hub has a skyport for personal air vehicles (PAV) on the top and docking stations on the ground for PBVs to approach and depart from multiple directions.

In January last year, Hyundai Motor Group and Uber Technologies Inc. signed a strategic deal, the first of its kind for the U.S. ride-hailing company, in Las Vegas on the sidelines of the Consumer Electronics Show (CES), to develop the world’s most advanced PAV and integrate PAVs with the UAM service.

At CES, Hyundai unveiled the S-A1 PAV concept jointly developed with Uber. The PAV S-A1 is equipped with electric vertical takeoff and landing (eVTOL), and is designed to seat five people, including a pilot.