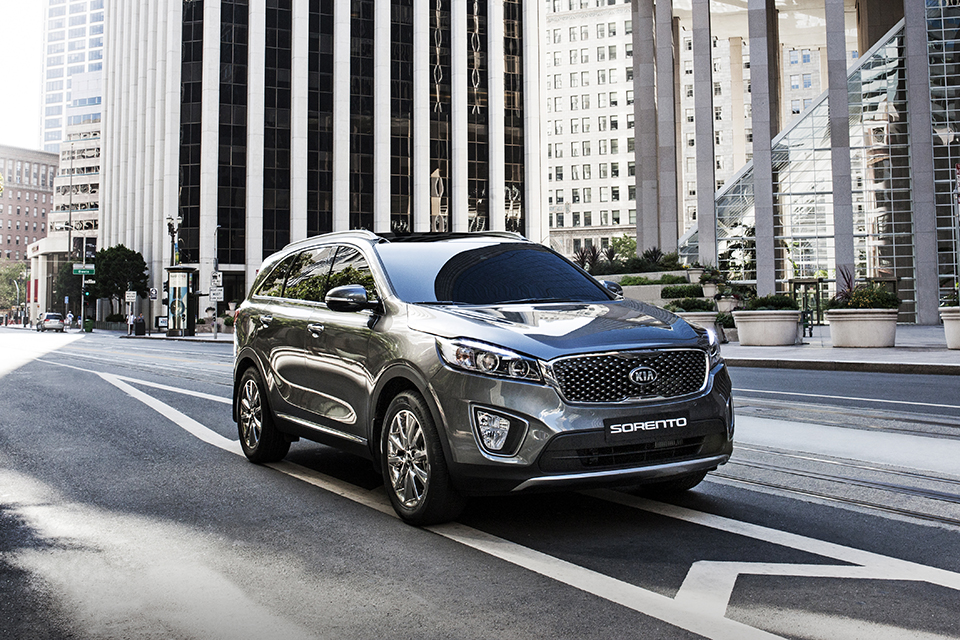 The full-make up model of Sorento, a flagship SUV model of Kia, transformed to a premium SUV with high safety and driving performances and at the same time the largest volume among its peer class. (image: Kia Motors)

SEOUL, Aug. 21 (Korea Bizwire) – Kia Motors is challenging the fiercely competitive local sports utility vehicle(SUV) market with a full facelift of its third generation model of All New Sorento in five years after the total revamp of its previous lineup.

The full-make up model of Sorento, Kia’s flagship SUV, has transformed into a premium SUV with higher safety and better driving performances and boasts the largest body size among its peer class. With the All New Sorento, which will be in the market on Aug. 28, Kia expects it to drive the sales volume overcoming the stagnant performance during the first half.

The third generation Sorento model shows off the highest level of safety and excellent driving experience of the level of sedan. As the first SUV passed through the Global Quality Center which Kia established to maximize the quality of its mass produced automobiles, it is well equipped for high marketability and overwhelming quality. To ensure safe driving in diverse road and weather conditions in the world, the model ran 1.10 million kilometers, which is equivalent to 24 rounds of the earth.

In Chi-wang, vice-president of Kia Motors said, “All New Sorento was developed aiming to be a globally branded model with world class safety, driving experience and quality. It incorporates our entire knowledge and expertise from the development stage to its quality testing.”

Kia said that it increased the usage of the high-strength steel to 53 percent of the frameworks, compared to 24 percent for its previous model, as well as  the overall strength of the vehicle by 10 percent by applying  structural adhesives for more parts to reinforce  coherence between the parts.

Living up to the demand of the customers who crave for larger and wider SUVs, KIA enlarged the size of the vehicle astonishing other domestic competitors. Its length has grown 95 millimeters to 4,780 mm, with 4,780 mm of the wheelbase. The increased length helps it improve the driving stability.

Marking a sales slump in the first half of the year, Kia  is now striving for its strong sales performance through the All New Sorento model. It has already received more than 5,000 preorders since Aug. 12. An official at Kia Motors said, “After the roll-out of All New Carnival, a minivan model, our sales are improving. The All New Sorento and the All New Carnival will generate the momentum for recovering sales in the domestic market.”