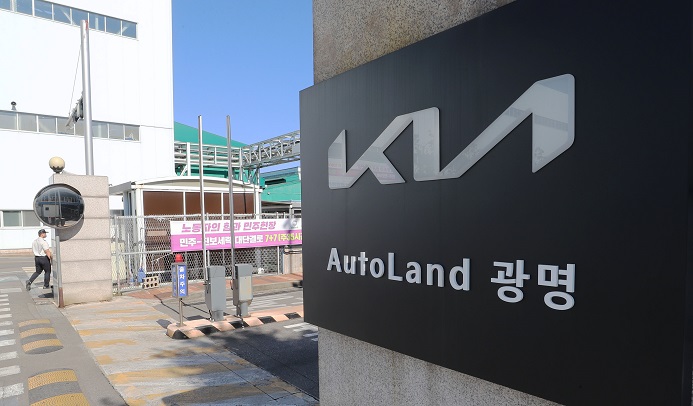 Kia said 68 percent of 26,945 workers voted in favor of wage offers that include an increase of 75,000 won (US$64.30) in monthly basic pay, two months of wages in performance-based pay and cash bonuses worth 5.8 million won.

But Kia rejected the union’s demand to extend the retirement age to 65 from the current 60 and reinstate fired workers.

The company and the member union reached a tentative wage deal early this week without staging a strike amid the pandemic.

It is the first time for Kia to sign a wage deal without industrial actions.

They are set to sign the wage agreement Monday.

Last month, its bigger affiliate Hyundai Motor Co. and its union signed this year’s wage deal without strikes for the third consecutive year.