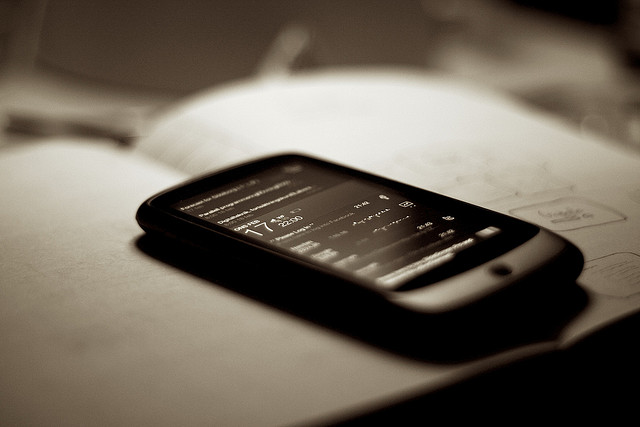 To prevent consumer losses from the rapidly increasing number of losses and thefts of smartphones, a theft prevention technology called “Kill Switch” will be embeded to all new smartphones from domestic manufacturers. (image: Johan Larsson/flickr)

SEOUL, Korea, April 11 (Korea Bizwire) – Starting from Galaxy S5 by Samsung Electronics, smartphones that have been stolen or lost will be unavailable for re-use.

To prevent consumer losses from the rapidly increasing number of losses and thefts of smartphones, Korea’s Ministry of Science, ICT and Future Planning has announced on April 10 to embed a theft prevention technology called “Kill Switch” to all new smartphones from domestic manufacturers.

The “Kill Switch” technology, which is installed in a device at the manufacturer level, enables users to completely disable their smartphones by remote control or user setting, when a smartphone is lost or stolen. Anyone who is not the original user will not be able to re-use the smartphone with “Kill Switch” installed.

Samsung Electronics adopted the app starting from its Galaxy S5, and LG Electronics will do the same with the model forthcoming in the third quarter. Pantech has already been providing Kill Switch function (V Protection) in its models since “Vega No. 6″ which was released last year.

Samsung Electronics implemented the kill switch function by “Reactivation Lock” technology which restrains another user to reactivate the device. Also, “Search for My Device” function will provide services such as remote locking, removing of data, device location search and so on.

Until now, mobile communications companies have provided the “Lock Application Service” which is remote locking and removing of data, to protect personal information when lost or stolen.

However, the service had limitations in preventing re-using of smuggled-out smartphones since all applications within are erased when the smartphones are reactivated or initialized.

The ministry conferred with the manufacturers last August to install the “Kill Switch” technology to all newly-released smartphones as solutions to such setbacks of lock application service and theft and smuggling-out.

An official at the ministry said, “As the Kill Switch technology is installed in all domestically manufactured smartphones, users’ damage from loss and theft of high-priced smartphones will be drastically reduced. It is also important that smartphone users to make provisions and set the Kill Switch function beforehand to prevent the damage.”

3 thoughts on ““Kill Switch” to Disable Stolen or Lost Smartphones”