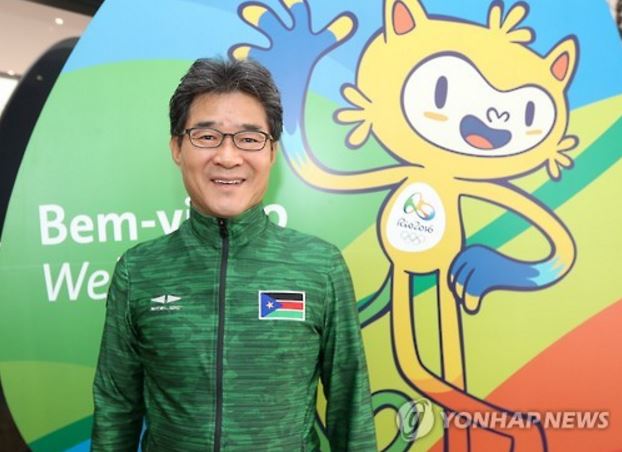 SEOUL, Aug. 5 (Korea Bizwire) – Kim Jang-hoon, a South Korean singer, was hoping to be the flag bearer for South Sudan during the opening ceremony of the Olympic Games in Rio de Janeiro, but the plan seems to have fallen through.

Kim has been on the frontlines of helping South Sudan to be recognized by the International Olympic Committee (IOC) and participate in the competition for the first time this year in Brazil. Along with Lim Heung-sae, a former soccer coach in South Korea who has been an influential figure in the bid to bring South Sudan to Rio, Kim invited 19 coaches from South Sudan to Korea for advanced coaching training.

To thank Kim for his efforts, the South Sudan government asked Kim to be the flag bearer for the opening ceremony.

However, only three athletes from South Sudan are competing at the summer Olympics, and the IOC has advised the country’s national Olympic committee to reduce the number of athletes and officials marching in the opening ceremony from the current 40.

Despite the efforts of the Korean duo to help South Sudan participate in the greatest global sports festival, the summer Olympics, Kim Jang-hoon will not be joining the three wildcard athletes as they march into Rio’s Olympic stadium.