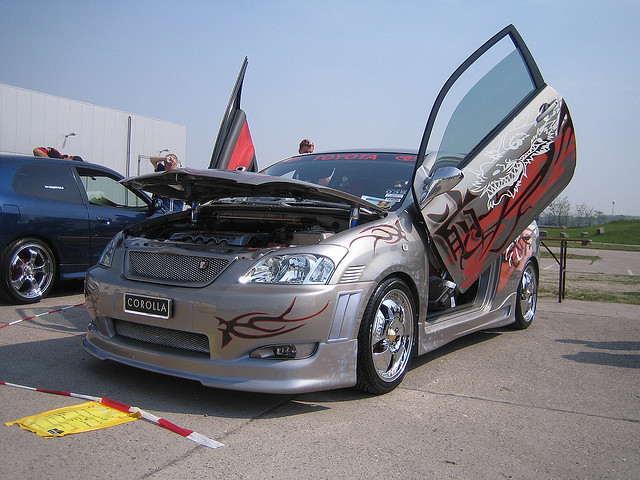 The number of patents in the overall automotive area has also increased more than 30 percent to 1,700 cases in 2012 from 1,300 in 2011, largely because of the vogue in automotive tuning. (image: mara124/flickr)

SEOUL, July 14 (Korea Bizwire) – Car tuning is today one of the most promising sub-markets in the whole automobile industry. As tuning can be a way to personalize the characteristics of a vehicle to the owner’s preference, it reflects the motorist’s consumption trend best and thus is considered a high-growth market in the near future.

According to the Korean Intellectual Property Office, the number of patents related to recreational vehicles, a type of tuned vehicles, has shot up 120 percent for the past five years. The number of patents in the overall automotive area has also increased more than 30 percent to 1,700 cases in 2012 from 1,300 in 2011, largely because of the vogue in automotive tuning.

In order to encourage the market for car customization, the government announced on June 17 a comprehensive plan to relax regulations on automobile modification. In support of the government’s initiative, the patent office will provide consulting advice to companies specializing in tuning.

For example, it would set up a consulting center in the 2014 Seoul Auto Salon, Korea’s largest automotive after-market trade show, for four days between July 10 and 13. The patent specialists with the KIPO dispensed with advices to exhibitors and other participating firms on how to acquire patents to customization ideas and how to protect themselves from infringement suits.

The agency will also select excellent companies in customizations in an upcoming tuning car contest to be held in December this year. In the future, it will work with the car tuning industry groups and inventors’ associations to raise awareness on the importance of patent protection in automotive tuning.

Kim Woo-soon, manager with the Korean Intellectual Property Office, said, “Given large-scale foreign tuning companies are expected to enter the Korean market by taking advantage of the deregulation trend, it is time for the government, including our own agency, to intervene and lend a helping hand to the domestic auto tuning industry.”