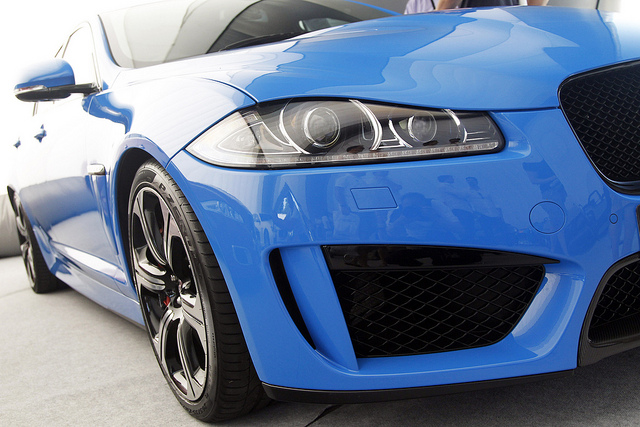 The car is one of the products whose parts requirements are difficult to meet. Auto parts must be strong but light enough at the same time. (image:bisgovuk@flickr)

SEOUL, Korea, Jan 06 (Korea Bizwire) – Future is always hard to predict. In many cases only one or two predictions turn out close to reality out of ten future projections. This is more so in the annals of consumer goods, from the case of the automobile replacing the horse-drawn carriage to the personal computer overtaking the good old typewriter. In the beginning, most observers are skeptical about new inventions relegating them to child play or short-lived fads, largely because of the incomplete nature of the new thing.

But we have seen time and again the new toy becoming a mainstream product supplanting the incumbent completely. The same is true in the automotive parts industry. One group of industry analysts say substitutes like non-ferrous metals and special materials will fast replace steel as a preferred material for auto parts makers. Meanwhile, other traditionalists contend that steel-based parts makers will be able to maintain their hold over the parts supply chain by improving the quality and functionality of steel parts and components.

Given the recent trend in the automobile industry by the likes of Audi, BMW, and Toyota to experiment with new materials–aluminum, carbon materials, and bio-materials, it remains to be seen in what direction the future auto industry would move. The following is a three-part series on the evolution of Korea’s auto parts industry, from background to major trends and strategies of major automobile and auto parts makers in response to the change, based on a recent report by LG Economic Research Institute.

The car is one of the products whose parts requirements are difficult to meet. Auto parts must be strong but light enough at the same time. They must be cheap and based on materials reasonably easy to obtain. In addition, the parts should meet the requirement that they maintain their material integrity under extreme temperatures and other climate conditions. Since the early 20th century when auto makers substituted wood with steel as a major material for auto parts and components, most parts are made with steel with few exceptions such as plastic and glass for some applications. Most people in the industry believe this won’t change because steel has been a preferred material for at least three decades and the quality of steel-based parts is so high in relation to cost.

But things are changing, especially since the mid-2000s when the per-barrel oil prices went up the US$100 level. As the oil prices rose, fuel efficiency has become much more important than ever. According to a survey by Consumer Report of the United States, as many as 37 percent of American consumers consider fuel efficiency the most important metric when deciding to buy a car. Although fuel cost can be saved by improving more aerodynamic car designs or the efficiency of powertrain, the biggest gain can be made by adopting parts and components made with lighter materials. A study estimated that for every 10-percent reduction in the car’s weight the fuel efficiency enhances by 6 to 8 percent. 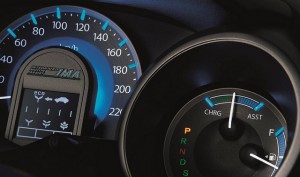 According to a survey by Consumer Report of the United States, as many as 37 percent of American consumers consider fuel efficiency the most important metric when deciding to buy a car. (image:NRMA New Cars@flickr)

The second reason for believing the change in the auto parts material business is in the offing has to do with the accelerating pace of environmental regulation in major economies. For example, Corporate Average Fuel Economy (CAFE) of the United States and the Directive on Motor Vehicle Emissions Regulation of the EU have been tightened. Right now, CAFE requirements are not high enough for car makers. By 2015, however, the fuel efficiency level will be moved up to 23.2 kilometers per liter (54.6 miles per gallon), which will be major challenge for most auto manufacturers. The EU standards will be harder to meet. In order to satisfy the carbon dioxide emissions limit, car companies must reach the level of 33.1 kilometers per liter (77.9 MPG) by 2025. To meet these requirements, the only way left for the auto companies is tinkering with parts materials.

The third reason is that cars are getting heavier by year as drivers want more convenience and safety features in their cars. To offset this trend toward more bells and whistles, adopting lighter materials has become something car makers must do to survive. Until the early 1970s, the average car weight used to be 1,800 kilograms. As the world went through the two rounds of oil shock, the average weight has fallen to the 1,400 kilogram level. It bounced back in the 1990s to 1,900 kilograms due to the popularity of sports utility vehicles and has not back down since. Even the Toyota Corolla, one of the best-selling sub-compact cars, weighs 1,300 kilograms now from 1,090 kilograms in 1992.

The final reason for major automobile companies to consider alternative materials other than steel is they are using non-steel material cars as a differentiation tool for their marketing effort. As cars are perceived more as a home appliance rather than a means of transportation, the voice of women in deciding on what kind of car to buy is becoming stronger. Naturally, factors such as environmental friendliness which was previously considered secondary at best have become more important than ever. For this reason, car makers the world over are doing everything they can to come up with materials purported to be environmentally friendly and harmless to human consumption.