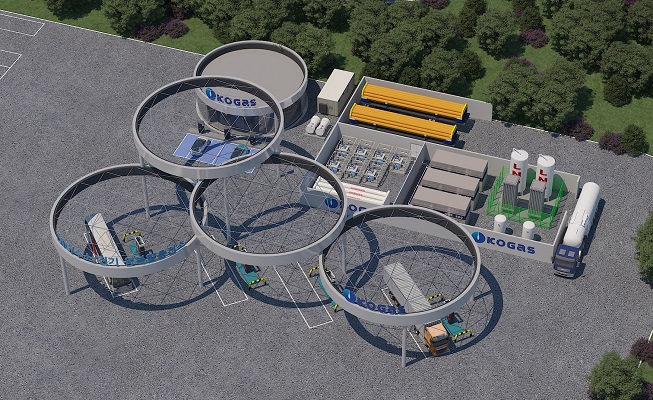 The joint venture will establish six convergence charging stations that can charge up to 72 hydrogen-powered buses per day, centering on city bus depots.

Accordingly, the convergence charging stations will be able to supply hydrogen reliably and at an economical price for hydrogen fuel-cell electric buses and trucks that require a larger amount of hydrogen compared to general hydrogen passenger vehicles.

At the charging station, facilities that can charge a variety of natural gas-powered vehicles such as liquefied natural gas (LNG) and compressed natural gas (CNG) will also be built according to the characteristics of local vehicle demand.

Without generating any greenhouse gas emissions or fine dust, a hydrogen bus can contribute to reducing about 92 tons of carbon dioxide emissions per year if it replaces a diesel bus with a daily mileage of 348 kilometers.