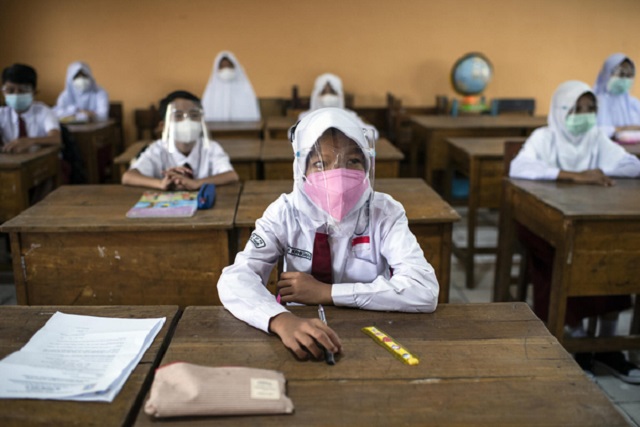 This undated photo, provided by the Korea International Cooperation Agency on Dec. 28, 2021, shows students at a school in Indonesia wearing masks and face shields supplied by the agency.

SEOUL, Aug. 12 (Korea Bizwire) — Private and public sectors have teamed up to come up with new ideas for sending aid to developing countries.

The Korea Mine Rehabilitation and Mineral Resources Corporation and Sujung Engineering’s proposal for establishing a sustainable environment in Mongolia’s old mining regions, and the Seoul Housing and Communities Corporation, Intelligent Transport Systems Korea and UI Networks’s proposal for establishing a traffic management system in Lima, Peru have also been selected.

The newly selected proposals will aim for implementation by 2024 with preliminary reviews undertaken later this year.