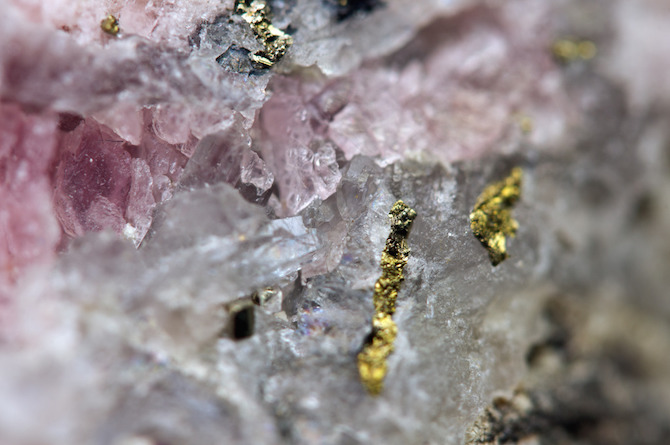 Highlights of the Resource Estimate include :

L. Werner Claessens, CEO states : “Komet is pleased to report a maiden resource estimate for the Kabaya Prospect. The resource block model suggests excellent potential for significant extensions of the gold deposit at depth and laterally to the south-west and north-west. This exploration success clearly warrants the continuation of the drill program in order to further expand resources. Moreover the same approach of systematic exploration will be implemented for the other large gold-in-soil anomalies in the north and east parts of the Dabia Sud property with the objective of discovering new gold deposits. From a mining point of view a heap leach scenario is the most viable option to potentially mine this saprolite resource as a startup project”.

The Kabaya resource estimate is based on analytical data from trenching and several drill campaigns realized in 2012-2013-2014, 2017 and 2018. Five trenches (4 of them East-West and 1 North-South) totalling 515 m, were realized in 2012-2013. All drilling was performed along east-west oriented lines with shallow drill holes inclined 50° to the west and consisted of  91 aircore holes, totalling  5,256 m and  91 RC drill holes, totalling 7,274 m. The database does not include the quality control samples consisting of duplicates, blanks and standards samples, which returned variations within acceptable limits.

The Kabaya gold resource modeling and estimate was independently realized by Yann Camus, P. Eng., SGS Canada Inc. (SGS Geological Services; Blainville, Québec, Canada), a Qualified Person as per NI 43-101 Standards,  with reasonable prospects for eventual economic extraction. The estimate was completed at a variety of cut-off grades by SGS Geological Services and the details are presented in the table below :

The Current Resource block model was prepared using the Genesis© mining software. Interpolation was performed using inverse square distance (ID2) in 3 estimation passes with 33 different search ellipses of 11 different orientations which were adapted for the orientation of the deposit. The block model was then fed to GEOVIA’s Whittle™ software to provide a pit-constrained Mineral Resource Estimate. The parameters used to generate the optimized pit are listed below in Table 3.

A modeling cut-off grade of 0.2 g/t Au, a minimum thickness of 3 meters and a minimum accumulation of 1 m.g/t were used to delineate mineralized volumes. In all, 18 mineralized volumes were interpreted and modelled from this data. A total of 118 drill holes and 4 trenches intersect the mineralized volumes. The 1,009 three-meter composites average 1.02 g/t Au (uncapped) and 0.96 g/t Au (capped). The capping was applied to the assays at a grade of 30 g/t. Only 8 assays were capped on a total 2,986 assays in the mineralized zones (0.3% of the assays were capped). The gold loss due to the capping is of 4% for the base case resource. Densities are based on other similar projects and mineralization located in Mali and measurements of 14 field samples. A density of 1.70 t/m3 was used for all the saprolitic mineralization.

The block model has a block size of 5 x 6.25 x 3 metres. Estimation was done by inverse distance squared with ellipsoid influenced distances. A total of 18 separate volumes were estimated with 10 composite sets. Three estimation passes were used with ellipsoids of 25 x 25 x 6 metres, 45 x 45 x 12 metres and 100 x 100 x 30 metres.

The 35 km² large Dabia South Exploration Permit is located in the southeastern part of the Paleoproterozoic Kedougou-Kenieba inlier, covering eastern Senegal and western Mali. This region is underlain by folded and sheared sequences of metasedimentary and metavolcanic facies, which are intruded by felsic and mafic plutons. The region’s structural pattern is predominantly drawn by the north-south oriented regional Senegal-Mali Shear Zone (“SMSZ”) and its associated northeast-trending splay structures, which are spatially related to several major gold deposits such as Fekola, Loulo, Gounkoto and Sadiola.

Past exploration programs, carried out by other companies in the Dabia area, identified geochemical features and litho-structural settings which demonstrated the potential for the discovery of gold mineralized systems. The soil survey performed by Ashanti Mali SA (1997), and completed by Robex over the eastern part of the Dabia permit area (2007) revealed interesting gold anomalous zones in the southern (vicinity of the village Kabaya), eastern and northern (Wallia) areas of the Property. An early exploration trench and drill campaign initially intercepted gold mineralization underneath the Kabaya cluster of soil geochemistry anomalies. The last RC drilling campaigns, realized by Komet (see news releases of August, 23rd 2017 and September 6th, 2018), extended the drill grid north and south of the initial Kabaya prospect and infill drilling completed the drill grid pattern. Drilling defined economic gold mineralization with good grade continuity in the thick weathered rock profile (saprolite) to a vertical depth of 65 m. Two mineralized zones were identified, Kabaya main and Kabaya southwest, stretching at the surface over lengths of respectively 350 m and 150 m. The gold mineralization remains open at depth in bedrock, underneath the saprolite layer, and laterally to the north-west and to the west of the Kabaya southwest zone. The results of a ground gravimetric survey, realized in 2014, suggest a shear zone controlled geological context. The Kabaya gold occurrence could probably be associated with one of the splay structures of the major Senegal-Mali regional shear structure. Study of drill cuttings, artisanal gold pits and rejects and a few rare outcrops provide indications for a geological setting of quartz-vein stockwork and veinlets in a strongly weathered volcano-sedimentary succession.

The company has the intention expanding the Kabaya resource with further drilling around the established block model of the deposit, specifically to test for additional gold mineralization at depth and laterally to the north-west and south-west.

During and after the next drilling campaign a metallurgical program will be designed to determine the mineralogical, metallurgical and communition properties of representative saprolite and bedrock drill rock samples.

Furthermore an auger drill geochemistry survey is planned to test the soil geochemistry anomalous features in the north and center parts of the property. Subsequently exploration RC drilling will be carried out to identify potential new resource zones.

Drilling supervision and sampling at the drill site were performed by Komet’s qualified technical staff, supervised by Jacques Marchand, P.Geo. Sample preparation, analytical testing and reporting of quantitative assays for the results reported in this press release were realized independently by the SGS Laboratory in Bamako, Mali in 2017, 2018 and the ALS Laboratory in Bamako, Mali in 2012, 2013 and 2014. Fifty grams of pulverized material was analyzed for gold via Fire Assay with an atomic absorption spectroscopy (AAS) finish. A system of blanks, standards and duplicates were added to the sample stream to verify accuracy and precision of assay results, supplementing a variety of internal quality assurance/quality control (QA/QC) tests performed by SGS. The QA/QC program and the processing of results was designed by Pascal van Osta, P.Geo according to NI 43–101 regulation standards and best industry practices.

The independent qualified person for this Press Release, as defined by NI 43-101 guidelines, is Yann Camus P. Eng., of SGS Canada Inc. – Geological Services (“SGS Geological Services”), who has approved the technical information disclosed in this press release. The effective date of the resource estimate is January 7th, 2019. Other scientific and technical content related to drilling in this news release is approved by Mr. Pascal van Osta, P.Geo., Vice President Exploration.

Figures presenting location of the property, drill grids and the resource block model can be found on the company’s website. A NI 43-101 compliant Technical Report will be published within 45 days of this press release and filed on SEDAR.

About Komet Resources
Komet Resources Inc. is a Canadian-based gold mining and exploration company, listed on the TSX-V, with a focus on exploration and production at its projects in Burkina Faso and Mali, West Africa.

The drill program and sampling protocol were managed by Komet under the supervision of Jacques Marchand, P.Geo.The reverse Circulation drill holes are drilled at 4-inch sizes. After the cyclone, the entire material corresponding to 1 m interval is collected and divided with a Jones Riffles splitter type to get a 2–3 kg sample. Analytical testing and reporting of quantitative assays for the Kabaya results reported in this press release was performed independently in 2017 and 2018 by SGS Mineral Mali SARLU accredited by SANAS and conforms to the requirements of ISO/IEC 17025:2005 for specific tests as indicated on the scope of accreditation to be found at http://sanas.co.za/. Gold analyses reported in this release was performed by standard fire assay (FA505) using a 50-gram charge with atomic absorption finish and in 2012-2013-2014 by the ALS Mali SARL Laboratory Group, certification ISO 9001:2015 for survey/inspection activity and ISO 17025:2005 UKAS ref 4028 for laboratory analysis. A system of blanks, standards and duplicates were added by the Company to the sample streams to verify accuracy and precision of assay results, supplementing a variety of internal QA/QC tests performed by SGS Minerals. The samples were securely transported by Komet personnel from the project site to the SGS sample preparation facility in Bamako, Mali.

Forward-looking Statements
Neither TSX Venture Exchange nor its Regulation Services Provider (as that term is defined in policies of the TSX Venture Exchange) accepts responsibility for the adequacy or accuracy of this release. This press release contains statements that may constitute “forward-looking information” or “forward-looking statements” as set out within the context of security law. This forward-looking information is subject to many risks and uncertainties, some of which are beyond Komet’s control. The actual results or conclusions may differ considerably from those that have been set out, or intimated, in this forward-looking information. There are many factors which may cause such disparity, especially the instability of metal market prices, the results of fluctuations in foreign currency exchange rates or in interest rates, poorly estimated resources, environmental risks (stricter regulations), unforeseen geological situations, unfavourable extraction conditions, political risks brought on by mining in developing countries, regulatory and governmental policy changes (laws and policies), failure to obtain the requisite permits and approvals from government bodies, or any other risk relating to mining and development. There is no guarantee that the circumstances anticipated in this forward-looking information will occur, or if they do occur, how they will benefit Komet. The forward-looking information is based on the estimates and opinions of Komet’s management at the time of the publication of the information and Komet does not assume any obligation to make public updates or modifications to any of the forward-looking statements, whether as a result of new information, future events, or any other cause, except if it is required by securities laws.