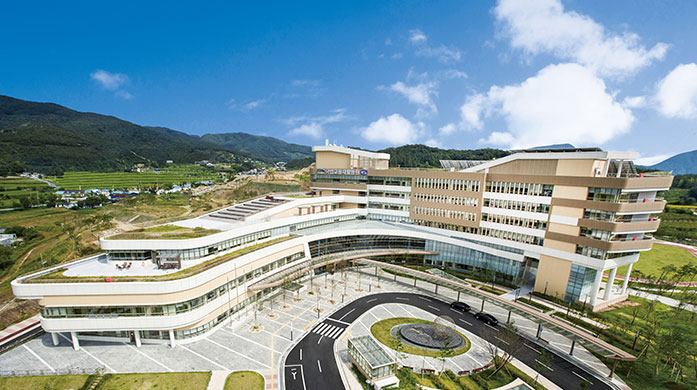 SEOUL, Oct. 16 (Korea) – A special rehabilitation center was opened for the traffic accident victims for their early return to the daily lives by offering related rehabilitation and medical clinics.

The National Traffic Accident Rehabilitation Hospital, sponsored by the Ministry of Land, Infrastructure and Transport and run by the Catholic Medical Center, began its services on October 14 for the fast recovery of the patients and their early return to society after traffic accidents.

The 304-bed hospital is equipped with four rehab clinics for musculoskeletal rehabilitation, spinal cord injuries, brain damage, and pediatric rehab for the customized rehabilitation supports. Along with these, it has 11 special disorder clinics based on the aftereffects of the traffic accidents.

In Korea, there are around 1.8 million traffic accident victims and among them, approximately 20,000 are suffering from disability after the accidents. However, the failure of proper rehabilitation treatment on the victims makes them hard to return to their daily lives and it is estimated that the economic and social cost from the failure reaches 28 trillion won (US$26.4 billion) annually.

The ministry set up the hospital to support the rehabilitation of the victims in order to make them return to the society as early as possible and implement active welfare policies on them.

The hospital plans to offer comprehensive rehabilitation medical treatments to the patients where clinicians, social welfare agents and their family members together and help their returning to the society with whole-rounded rehab service from physical treatment to psychological treatment.