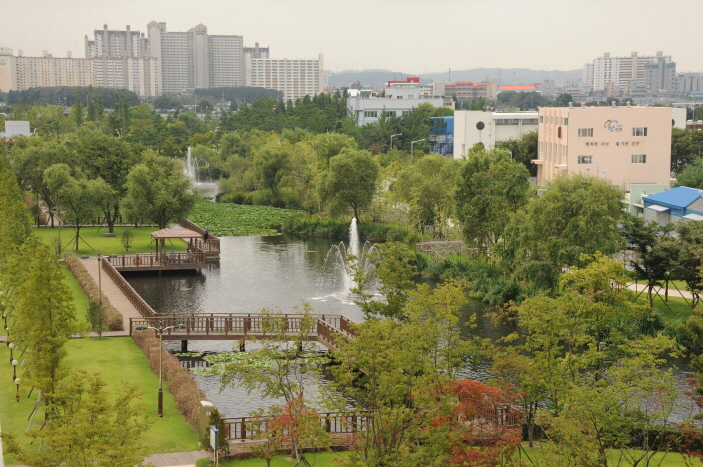 DAEJEON, Aug. 31 (Korea Bizwire) — The Korea Forest Service revealed today that it was planning to create 10 “wind path” forests near cities and a 60-hectare forest aimed at blocking the spread of fine dust.

The measure is expected to not only reduce fine dust levels but also reduce the likelihood of heat waves.

In order to make this happen, the Korea Forest Service and the Ministry of Economy and Finance will reflect the projects in next year’s national budget.

The “wind path” forests would link the green spaces within various cities to forests in the cities’ outskirts in a single line to attract cool and clean air into the city.

The newly proposed forests would promote air circulation and would transport fine dust and heat from the core to the city’s outskirts.

A total of 10 billion won will be spent to create 10 forests within a time frame of three years following a step by step process.

Meanwhile, a separate project to create a forest with the sole purpose of blocking fine dust will help contain airborne particulate matter so that it does not spread to nearby residential districts.

A total budget of 60 billion won will be spent to create forested area of 60 hectares next year.

Kim Jae-hyun, the head of the Korea Forest Service, said that his organization will cooperate actively with various government ministries to create forests that bring refuge to citizens.