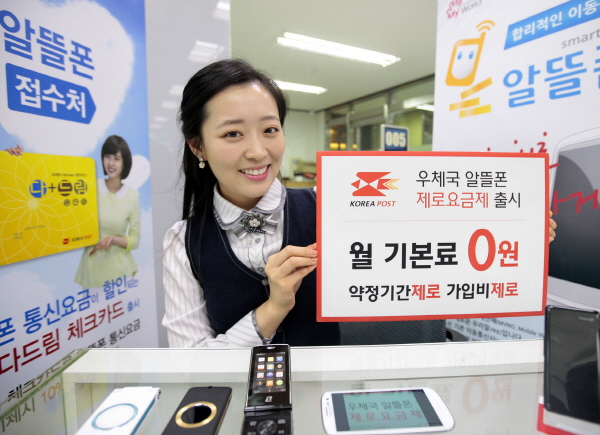 SEOUL, Oct. 1 (Korea Bizwire) — The Korea Post said on September 30 that it would unveil on October 1 a new rate plan for its discount mobile phone service in commemoration of the first anniversary of the service’s launch. The plan charges no minimum monthly fee and imposes no set contract terms or early-termination charge. All users need to pay is the charge proportional to their usage in voice, text messaging, and data services.

For example, its voice service whose rate is 1.2 won per second is about 33 percent cheaper than the regular per-second charge of 1.8 won. If the user talks on the phone for 100 minutes, she will be able to save 3,600 won from voice service.

The Korea Post will soon offer a new rate plan in which users can save 13,700 won (83.5% cheaper than regular mobile telecom services) for up to 50 minutes of talk time a month.