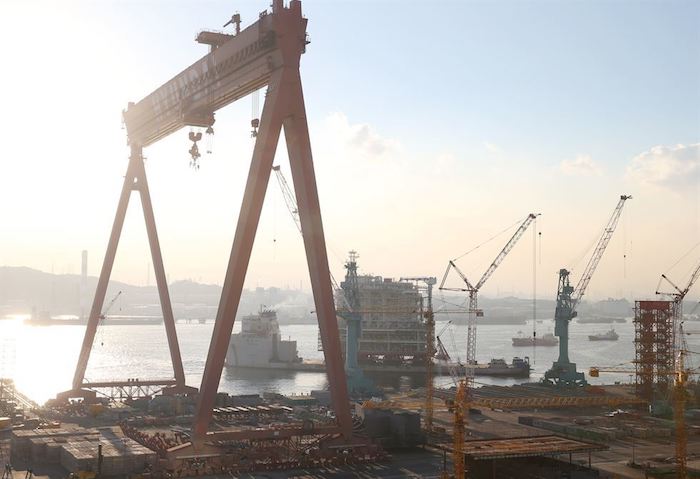 SEOUL, Dec. 21 (Korea Bizwire) — Korea Shipbuilding & Offshore Engineering Co. said Saturday it plans to set up a joint venture to build engines with Saudi Aramco in March next year in the latest move to strengthen their cooperation.

The JV will break ground for the plant in the King Salman International Complex for Maritime Industries and Services in the kingdom’s eastern coast in September 2020, and the project is set to be completed in May 2022, according to the sub-holding company that governs shipbuilding units of Hyundai Heavy Industries Group.

Lamprell said on its website that Bahri will place orders with the IMI yard over a 10-year period to construct a minimum of 52 different vessels, including 20 very large crude carriers, and use IMI for most of its vessel maintenance, repair and overhaul requirements.

In 2017, South Korea and Saudi Arabia agreed to set up the Vision 2030 Joint Group, a body meant to diversify the kingdom’s revenues beyond its dependence on oil.

The oil-rich kingdom has been seeking to diversify its economic portfolios following a plunge in oil prices in recent years. Saudi Arabia sees auto, shipbuilding, renewable energy and other areas as new growth drivers.