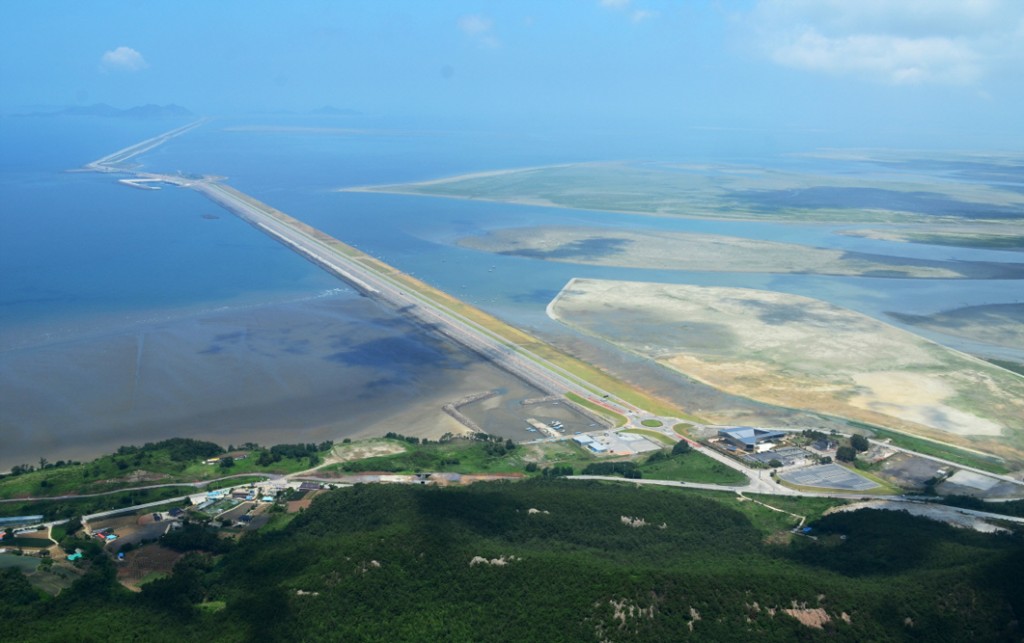 The Saemangeum area in North Jeolla Province spans 40,200 hectares, and is home to the world’s longest seawall at 33.9 kilometers. (image: Saemangeum Development Agency)

On April 7, the Ministry of Land, Infrastructure and Transport and the Saemangeum Development Agency announced that a revised bill containing these changes had been approved.

The bill exempts foreign enterprises in the Saemangeum area from requirements to hire people with disabilities, veterans and senior citizens, which Korean companies with more than 50 employees should abide by.

In addition, it simplifies usage of the reclaimed land for agriculture, industrial and research facilities, leisure and tourism, and other categories designated by the Korean president. Currently, development is restricted to eight sectors, which has led to difficulty in attracting foreign investment.

The proposed bill also simplifies the licensing process for foreigner-only casinos. To fast-track the process, the bill introduces a system whereby the Ministry of Culture, Sports and Tourism assesses any casino plans before official registration of the licenses, and allows the Saemangeum agency to take responsibility for issuing the permits.

The Saemangeum area in North Jeolla Province spans 40,200 hectares, and is home to the world’s longest seawall at 33.9 kilometers. It was completed in 2006 to attract businesses in a variety of fields, including agriculture and renewable energy.