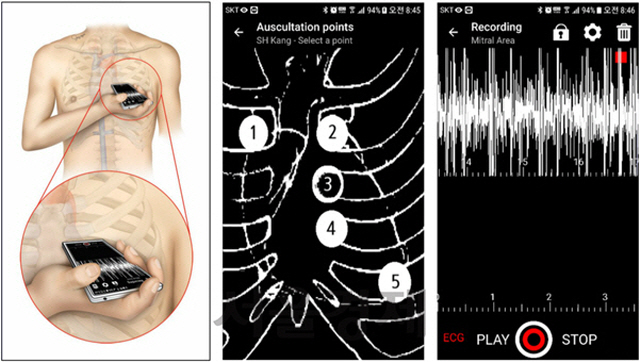 The sounds of the heartbeats can be recorded with the default recording function present on all smartphone devices. (image: Seoul National University Bundang Hospital)

SEOUL, Jul 2. (Korea Bizwire) — A new smartphone application that can identify heart diseases based on the sound of a heartbeat recorded via one’s smartphone is about to be released South Korea for the first time.

During initial trials, the application demonstrated accuracy levels of up to 90 percent.

A medical research team comprising of leading experts from Seoul National University Bundang Hospital and KAIST announced yesterday that it had developed the mobile app CPstethoscope which allows patients to check for irregularities in their heartbeat without having to see a doctor.

Data shows that cardiovascular diseases account for approximately 32 percent of all deaths worldwide, making these types of illnesses far reaching and lethal.

Also known as the “silent killer,” heart-related illness is hard to treat early because visible symptoms are rare in most cases.

In addition, tests that detect heart diseases are difficult to analyze and are typically expensive, making them less accessible to patients.

The research team initiated the project after realizing early detection of heart illness would be possible if one’s smartphone could be used as a stethoscope. This could also help reduce the time and costs required to perform the tests.

The research team categorized different types of heartbeats via an AI technique in order to come up with an algorithm that could distinguish the difference. 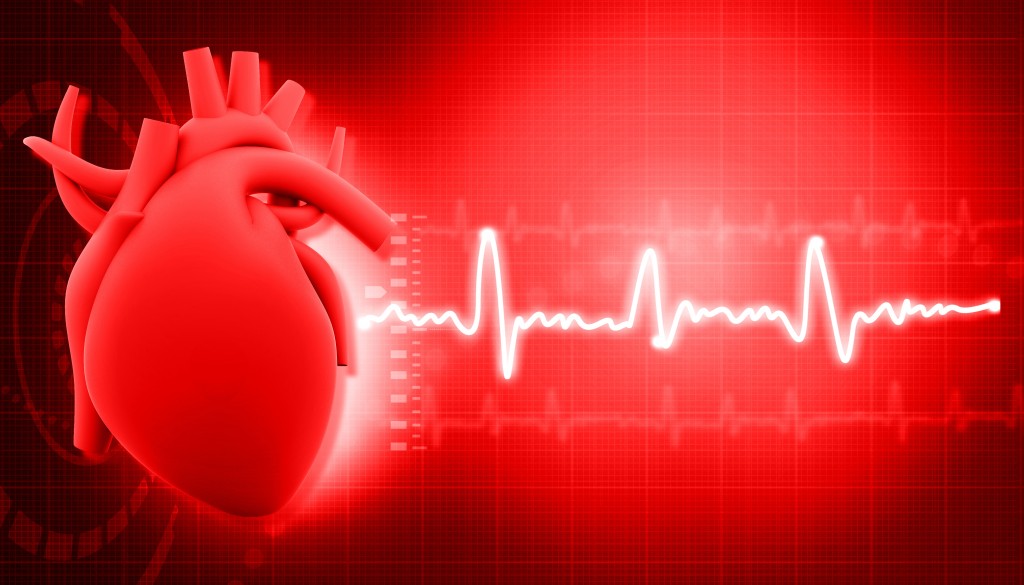 The sounds of the heartbeats can be recorded with the default recording function present on all smartphone devices.

To make a recording, a patient simply breathes in deeply for ten seconds while pressing the smartphone microphone to his or her chest.

A test on 46 individuals showed that the accuracy rate of the AI diagnosis based on the heartbeat recordings was between 87 percent and 90 percent.

But despite such high accuracy levels, researchers must still overcome a significant hurdle: the quality of recordings may differ depending on the type of smartphone used.

However, the research team says that the smartphone app is significant because the it enables ordinary people to obtain a heart diagnosis with their smartphones alone.

The results of the research were published in the recent edition of the international medical journal “JMIR mHealth and uHealth.”