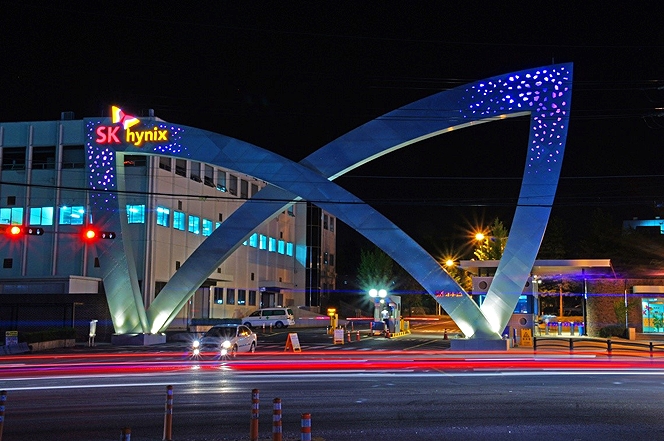 In 2015, SK hynix said it expects the demand for server DRAMs will advance on rising awareness of the big-data sector, with the industry’s focus switching from double data rate-3 (DDR3) module to DDR4. (image: SK Hynix)

The company also reported a quarterly record for October-December of 2014, with its net profit reaching 1.62 trillion won, doubling from the 789 billion won posted a year earlier.

Its fourth-quarter operating profit came to 1.66 trillion won, jumping 112 percent over the cited period, and its revenue also soared 53 percent to 5.14 trillion won.

The fourth-quarter results came in line with the earlier forecast made by 12 brokerage houses, which estimated 1.25 trillion won in net profits and 5.16 trillion won in sales, according to the data compiled by Yonhap Infomax, the financial news arm of Yonhap News Agency.

The company said in a separate regulatory filing that it will pay out dividends worth 300 won per share for a combined amount of 218.4 billion won. It plans to spend about the same amount of money on facility investments this year as last year’s 5.2 trillion won.

“The stable market environment helped … (and) the company enhanced profitability in its products portfolio and cost competitiveness through process technology migration,” SK hynix said in its announcement.

The company cited improvements in both the dynamic random access memory (DRAMs) and NAND flash sectors on the back of the release of new mobile-related products, which allowed the company to offload inventories.

In 2015, SK hynix said it expects the demand for server DRAMs will advance on rising awareness of the big-data sector, with the industry’s focus switching from double data rate-3 (DDR3) module to DDR4.

“The company is to pre-emptively respond to DDR4 adoption mainly in server and mobile DRAMs by expanding its DDR4 portion to 50 percent in the DRAM segments by the end of the year,” it added.

The rising demand for DRAM and NAND flashes from low-end smart devices will also lend support to the growth of the company, it said.

Shares of SK hynix closed at 49,200 won on the main bourse, up 0.1 percent from Tuesday’s close. The fourth-quarter earnings were released after the stock market closed in Seoul.