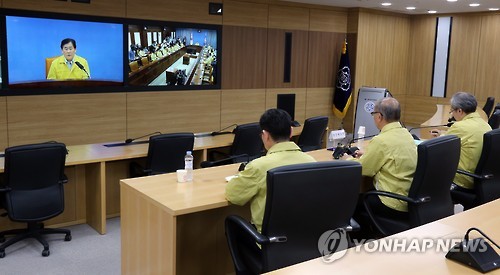 Sluggish domestic demand is likely to deal a blow to the Korean economy at a time when it has already been facing slowing exports due to the Japanese yen’s weakness, experts say. (image: Yonhap)

SEOUL, June 7 (Korea Bizwire) – South Korea’s government and the central bank may be pressed to conduct expansionary fiscal policy and cut the key rate on concerns that the outbreak of Middle East Respiratory Syndrome (MERS) is likely to weigh on economic growth, experts said Sunday.

South Korea reported its fifth death from the virus Sunday and confirmed 14 fresh cases of the disease, raising the number of patients to 64.

Experts said that if the situation prolongs, the government may have to set aside extra funds and the Bank of Korea (BOK) should join the government’s stimulus drive on concerns that the virus is likely to further hurt the already sluggish domestic demand.

“A potential exacerbation of the disease is expected to weigh on domestic demand and investment,” said Lim Hee-jung, a senior economist at the Hyundai Research Institute.

“It would be inevitable that the growth rate may fall to the 2 percent range … Even if the MERS factor is excluded, this is the time for the government to consider conducting loose fiscal policy. The central bank should also join the move.”

South Korean Finance Minister Choi Kyung-hwan said Friday that Asia’s fourth-largest economy will likely grow by slightly over 3 percent this year, sharply down from the government’s previous estimate of 3.8 percent. The BOK expects the economic growth to reach 3.1 percent in 2015.

Analysts said that there is a high chance that the growth rate is likely to fall to the 2 percent band, given that their growth projections did not factor in the MERS situation.

The country’s tourism and retail industry has been hit hard by the spread of the virus. More than 20,000 foreigners have canceled their planned trips to South Korea since the outbreak of the virus, according to a state tourism agency.

Sluggish domestic demand is likely to deal a blow to the Korean economy at a time when it has already been facing slowing exports due to the Japanese yen’s weakness, experts say.

The government remains mum about the possibility of creating an additional budget.

“The government is closely watching the situation as it is currently hard to gauge when the economy will pick up,” a government official said.

The BOK is also keeping a close tab on economic situations ahead of its policy meeting slated for Thursday. The BOK froze the base rate at a record low of 1.75 percent for a second straight month in May after unexpectedly cutting it in March.

“The BOK will closely look at various data, such as household debt for the policy meeting,” said a high-ranking BOK official. “The MERS situation will be also taken into account.”