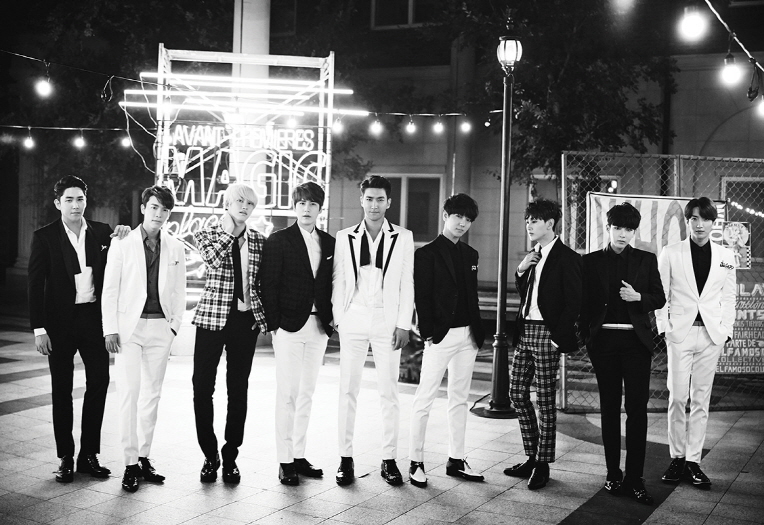 JAKARTA, Sept. 5 (Korea Bizwire) — Preparations for K-pop act Super Junior’s comeback are going smoothly, according to its members, with the bulk of the 11-member team having finished their mandatory military duties.

“Just until yesterday I practiced our dance choreography with our members. We’re also planning to hold a concert,” Super Junior member Donghae said Monday in an interview with Yonhap News Agency in Jakarta.

The pop star, together with band mate Eunhyuk, was visiting the Indonesian capital to attend the Korea Brand & Entertainment Expo 2017 organized by the Korea Trade-Investment Promotion Agency (KOTRA) as promotional ambassadors.

The two singers, also the duo of Super Junior’s subunit team D&E, in July finished their mandatory military duties of nearly two years. With several of its members still in the military, Super Junior is scheduled to return as a seven-member group with the release of a new album in October.

“I discussed (the comeback) a lot with the members, and we also spend a lot of time together. Preparation wise, I think things are going smoothly,” Donghae said, adding the team is putting extra effort in making sure the band’s partial lineup doesn’t equate to an incomplete experience for fans.

Eunhyuk also hinted that the band is preparing something uniquely special for longtime fans: “It’s a new album after quite a while, and fans have been waiting for so long. We have been putting particular care into it since the preparation phase.”

Alongside music, Super Junior members have enjoyed success as versatile stars in other areas of show business. Siwon has proven himself as a reliable actor, while Heechul has emerged as one of today’s most popular celebrities in the talk variety TV circuit. This tradition will continue.

“For Siwon, he immediately began shooting a new drama following his discharge, while other members are also doing various TV variety shows. We will do publicity as we did in the past with our distinct color,” Eunhyuk said.

When asked about K-pop’s strength, especially in Southeast Asia, Eunhyuk noted the overall quality of “perfection” in the products and performance.

“In comparison to other pop culture, K-pop tends to deliver a quality of perfection in its stage performances. I think that aspect has appealed to the fans in Southeast Asia,” Eunhyuk said. He also assessed that an increasing number of up-and-coming artists with self-producing talents are expressing distinct visions and style through their own works.

While it’s been 12 years since their debut, the singers said they still often can’t believe their success.

“When we started our music and our band Super Junior, we were just doing what we liked. But with the vast amount of love we receive and the Korean Wave we started, I often don’t realize what we’ve achieved,” Eunhyuk said.

Donghae added that he’s proud as a South Korean who’s able to promote his country.

“We will work hard to further advance and become a band that’s capable of having a positive influence.”