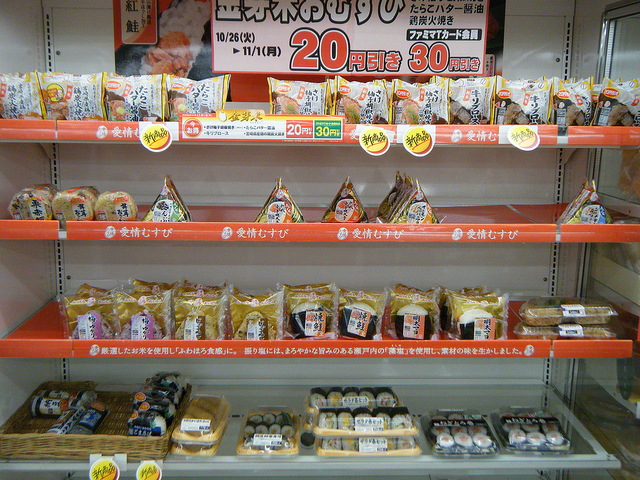 As the number of single-person households in Japan is also on the rise, processed food including boxed lunches, semi-processed food products, and small packaged food will be developed to appeal to Japanese people who may prefer quick and easy meals. (image: Flickr/ garycycles)

SEOUL, July 15 (Korea Bizwire) – The Ministry of Agriculture, Food and Rural Affairs (MAFRA) of Korea announced on July 14 that it would discuss export growth plans for agricultural food products during the ‘Ninth Public-Private Joint Conference on Agricultural Food Product Export Expansion’, which will take place on July 15 at the Korea Federation of SMEs in Yeouido. Fifteen government officials including MAFRA Minister Lee Dong-phil and several private members will participate in the conference.

Concerned with a recent drop in actual exports to Japan, the MAFRA will promote the establishment of a retail operation that will sell Korean convenience food in Japan, hoping to boost Korean agricultural food product exports to its eastern neighbor.

According to the Food Ministry, Korea’s agricultural food product exports to Japan during the first half of the year accounted for $562 billion, which represented a decrease of 4.5 percent compared to the same period last year.

The Korean government wants to take advantage of the strengthening Japanese yen, part of the Brexit fallout, to boost exports to Japan in the latter half of the year, with the goal of increasing actual exports to $1.41 billion, which would mark a new high.

As the number of single-person households in Japan is also on the rise, processed food including boxed lunches, semi-processed food products, and small packaged food will be developed to appeal to Japanese people who may prefer quick and easy meals.

Since convenience stores are popular across Japan, the Korean government plans to open retail stores dedicated to the sale of convenience food items. Some of the items considered include small packages of kimchi, rice bowls, frozen dumplings, and stir-fried rice cake.

Along with Japan, the expansion of agricultural product exports to China is also part of the government’s proposal. However, due to the recent controversy regarding the deployment of THAAD in Korea, China is expected to voice its disapproval through retaliatory trade practices.

As such, MAFRA will focus on increasing local consumption of rice, kimchi, and ginseng chicken soup which have already been exported to China through sports-related marketing tactics and special home-shopping sales promotions.

In order to boost actual exports of ginseng, which have struggled for several years, the Korean government will cooperate with Chinese customs practices and invest in developing ginseng products solely for export purposes.

There will also be a nationwide festival for ginseng that will take place in October with an effort to advertise ginseng to many foreigners.