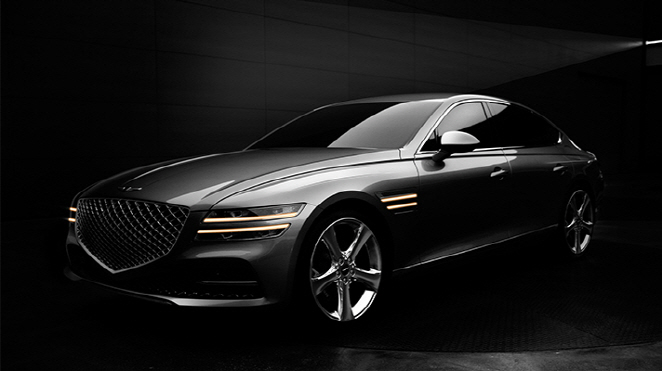 Hyundai Motor’s Genesis G80 sedan to be launched in the domestic market in the first half of 2020. (image: Hyundai Motor)

SEOUL, March 5 (Korea Bizwire) — Hyundai Motor Co. on Thursday released a teaser for the all-new G80 sedan under its independent Genesis brand ahead of its domestic launch in the first half of the year.

Signature Genesis design elements include high-tech quad lamps and a crest grille that emphasizes a seriousness consistent with the positioning of the G80, the statement said.

The G80 has a minimalistic design, with a commanding driving position surrounded by high mounted control surfaces. Slim, wide air vents highlight the width of the cabin, which features minimal physical buttons and a new touch-screen climate control.

The center console is equipped with a rotating electronic gear selector, providing a balance of simplicity and glamour, it said.

More details of the new G80 will be released later.