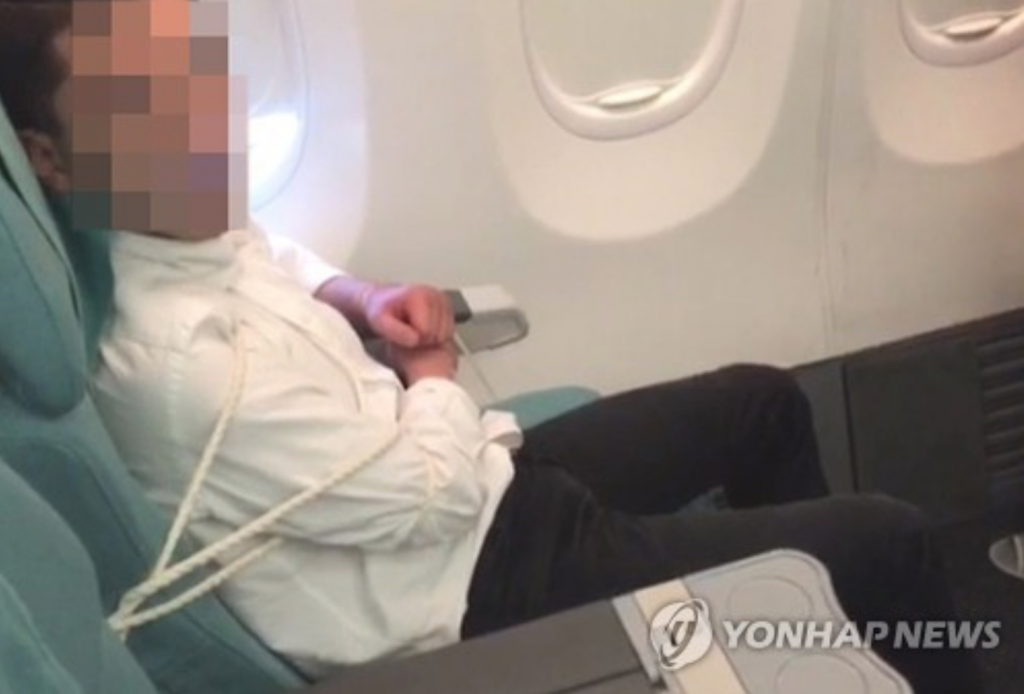 The move follows a widely publicized incident where a 35-year-old South Korean man went on a near rampage while drunk on a Korean Air flight from Hanoi, Vietnam, to South Korea last week. (image: Yonhap)

The move follows a widely publicized incident where a 35-year-old South Korean man went on a near rampage while drunk on a Korean Air flight from Hanoi, Vietnam, to South Korea last week.

Footage of the incident, reportedly released by Marx, showed a flight attendant pointing a taser at the violent passenger at one point, but the airline later confirmed the gun had not actually been fired.

The company said the use of a taser is allowed only when there is a serious threat to the life of passengers or flight attendants or to the safety of the flight.

Acknowledging that such a narrow restriction may prevent the use of force even when necessary, Korean Air said it will revise its safety manual and regulations to allow more active use of a taser when deemed necessary. It did not offer specific conditions on when it will be allowed, only saying flight attendants, especially head pursers, will be subject to additional training.

“Korean Air will react more firmly and actively against in-flight violence that threatens the overall safety of the flight,” it said in a press release.

Meanwhile, the transportation ministry said the number of in-flight incidents has been on a steady rise, more than doubling from 191 cases in 2012 to 460 last year.