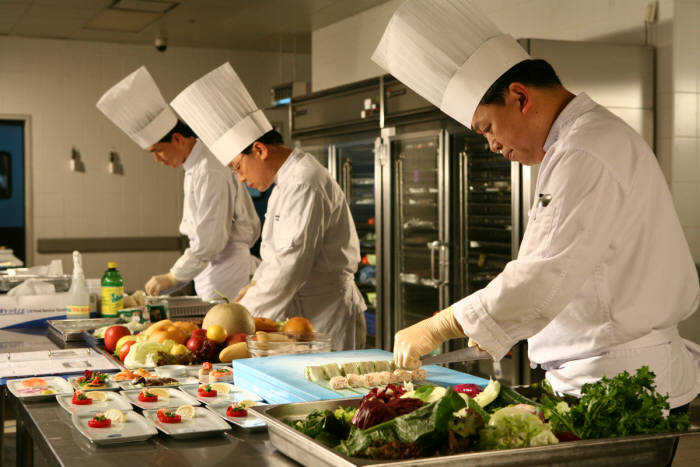 “We’re very stringent with our ingredients,” said an airline official. “The meat comes from the eco-friendly farms and ranches of Jeju Island’s Halla Mountain, whereas our organic vegetables are produced under strict guidelines.” (image: Korean Air)

SEOUL, Aug. 1 (Korea Bizwire) – Korea’s leading airline, Korean Air, set a new record for daily production of inflight meals on July 30. According to the airline, the company produced meals for 84,936 passengers on Saturday, breaking the previous record of 80,332 set just a few days earlier on July 27.

The new record on July 30 was largely driven by another record set at Incheon International Airport. A total of 193,420 people used the airport on the same day, breaking the previous record of 189,734. The number was surpassed again on July 31 with 201,079 visitors.

Korean Air has been investing both time and money to develop new menus for inflight meals, with food choices being seen as a top business priority.

The airline currently operates Korea’s largest inflight meal production facilities at Incheon and Gimpo international airports, providing meals for the 49 global airlines that fly to and from South Korea, including Singapore Airlines, Air France, and British Airways. Income from meal production also accounted for 2.2 percent ($219 million) of the company’s total revenue in 2015.

The facilities produce almost 1,400 different dishes daily: some 1,000 hot meals, 230 cold meals, and 140 different kinds of bread and muffins. The airline’s hot meals include Korea’s iconic bulgogi, rice with soybean paste, and boiled chicken with rice, while cold meals range from sandwiches and salad to sushi. The most popular meal is bibimbap, a bowl of rice topped with seasoned vegetables and chili pepper paste, of which approximately 3,600 are produced each day.

“We’re very stringent with our ingredients,” said an airline official. “The meat comes from the eco-friendly farms and ranches of Jeju Island’s Halla Mountain, whereas our organic vegetables are produced under strict guidelines. We try to serve our passengers only the healthiest and the most appetizing meals” 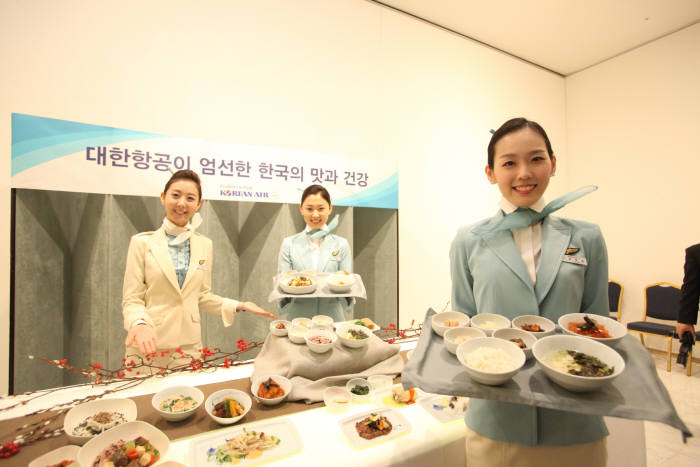