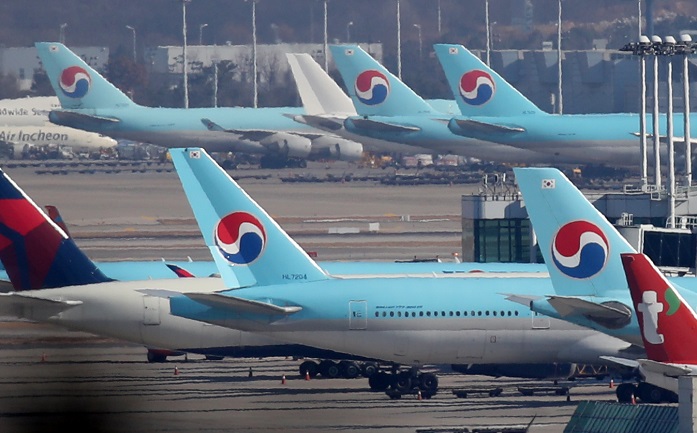 To ride out the unprecedented pandemic, the national flag carrier focused on winning further cargo orders over the past two years.

The won’s weakness against the dollar and rising oil prices prevented the carrier from logging better earnings figures, the statement said.

Looking ahead, the nation’s leading full-service carrier said the spreading omicron and other possible virus variants remain a major worry for the airline industry this year.

“The company will focus on expanding long-term cargo deals with major clients, with global supply chain problems, rising consumer prices and higher oil prices expected to remain as major uncertainties for the business,” the statement said.

Operating profit jumped more than six-fold to 1.46 trillion won last year from 238.34 billion won a year ago. Sales rose 18 percent to 8.75 trillion won from 7.40 trillion won during the same period.