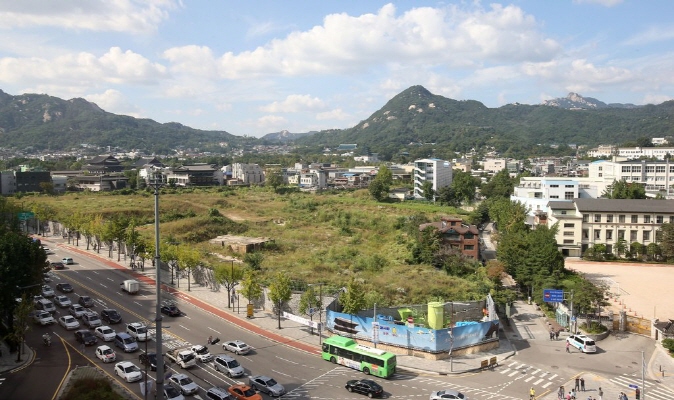 On Friday, Korean Air will sign a deal to sell its land and building at Songhyeon-dong in central Seoul to the public housing developer Korea Land & Housing Corp. (LH), the company said in a regulatory filing.

LH will exchange the Songhyeon-dong site with real estate of the Seoul Medical Center, which is owned by the Seoul Metropolitan Government, it said.

The asset sale is expected to help relieve the country’s biggest carrier’s financial difficulties due to the pandemic.

In February last year, Korean Air announced its plans to sell its idle property in Seoul and non-core assets amid growing uncertainties in the pandemic-hit airline industry.

Korean Air purchased the Songhyeon-dong site from Samsung Life Insurance Co. in 2009 and planned to develop a cultural complex.

But the development project faced multiple hurdles, such as building height restrictions and cultural asset preservation rules, as the land is located near the presidential office of Cheong Wa Dae and Gyeongbok Palace, one of the country’s most valuable cultural assets.

In March this year, Korean Air raised 3.3 trillion won in a share sale for its acquisition of smaller local rival Asiana Airlines Inc.

As of Nov. 16, the company received approvals from six countries — Vietnam, Thailand, Turkey, Taiwan, Malaysia and the Philippines — for the integration while awaiting the go-ahead from eight countries — South Korea, China, Japan, Britain, Australia, Singapore, the European Union and the United States.

Korean Air, currently the world’s 18th largest airline by fleet, will become Asiana’s biggest shareholder with a 63.9 percent stake if the acquisition is completed.

The nation’s two full-service carriers account for a combined 40 percent of passenger and cargo slots at Incheon International Airport, South Korea’s main gateway, below the level that constitutes a monopoly.

Korean Air said it aims to launch a merged entity with Asiana in 2024 after completing a takeover process by next year, vowing to streamline their routes and reduce maintenance costs.