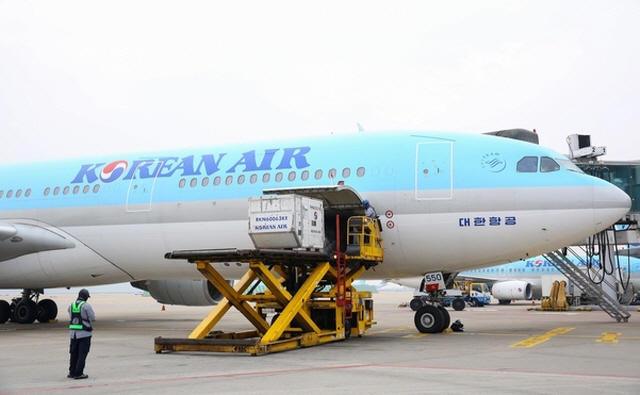 Korean Air initially started to use grounded passenger aircraft to deliver cargo on routes to Ho Chi Minh City of Vietnam and Qingdao of China on Friday, the company said in a statement.

“The company is in talks with aviation authorities to expand the alternative use of passenger jets as cargo carriers as the demand for cargo remains intact despite the spread of COVID-19,” a company spokeswoman said by phone.

As of Monday, 140 countries and territories were imposing entry restrictions on passengers from South Korea over coronavirus concerns, according to the foreign ministry.

The entry restrictions had led to the suspension of 89 of Korean Air’s 124 routes as of Friday when South Korea had reported a total of 8,236 confirmed coronavirus cases and 75 deaths.

“As the COVID-19 situation becomes increasingly dire, it is important for us to take a new perspective when looking at the market. If we use the cargo compartment of our parked passenger aircraft, not only can we respond to the changing demand of cargo transport by diversifying our cargo routes, but we can also reduce aircraft parking fees,” Hanjin Group Chairman Cho Won-tae said in the statement.

Korean Air is the mainstay business unit of Hanjin Group.

The chairman said the national flag carrier will continue its proactive measures to weather challenges from the new coronavirus and seek new opportunities in the market amid unpredictable changes, such as the U.S.’ restrictions on European countries.

“The business strategies of passenger and cargo should be shifted as the transatlantic routes are now blocked,” Cho said. “We must flexibly respond to market demand.”