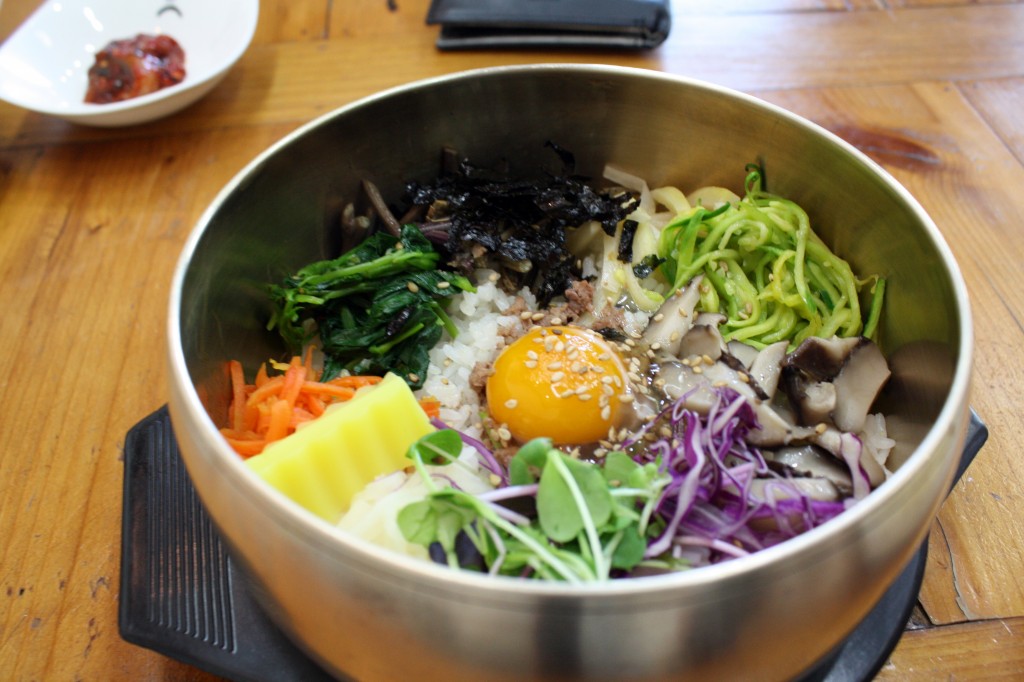 SEOUL, Sep. 7 (Korea Bizwire) – Korean Air, the flagship carrier of South Korea, received an international recognition once again with its signature dish bibimbap, along with steamed chicken with ginseng.

At the Malaysian Association of Tour and Travel Agents (MATTA) Fair held in Kuala Lumpur, starting from September 5, Korean Air demonstrated bibimbap and steamed chicken with ginseng by using chicken, not beef, taking Malaysian preferences and religion distinction into account.

Bibimbap is considered healthy rice food with a plethora of additions such as carrot, zucchini, cucumber, shiitake, spinach, egg, tender beef bulgogi – but chopped chicken for Malaysians – and gochujang (pepper paste). At the table, diners should mix the ingredients together properly to enjoy the uniquely Korean cuisine.

At the fair, Korean Air held an inflight cuisine cooking event, and a chef who specialized in Korean traditional cuisines drew public attention by giving insights into its cooking process in an easy and interesting way, also explaining its origin.

Some of the visitors had a pleasant time in making bibimbap by themselves with ready-made ingredients. Korean Air flight attendants then served the completed food to the fair invitees.

Serving bibimbap as one of its inflight meal menu, Korean Air garnered favorable responses and is said to set higher standard in inflight catering, with its winning the prestigious Mercury Award from the International Flight Catering Association (IFCA) in 1998. Bibimbap raised worldwide awareness on the authentic Korean food at renowned world travel fairs around the world, including Singapore, Hong Kong, Berlin, and Madrid. 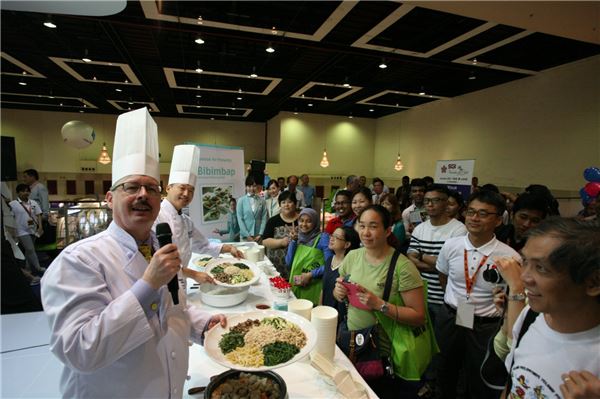 At the fair, Korean Air held an inflight cuisine cooking event, and a chef who specialized in Korean traditional cuisines drew public attention by giving intriguing stories surrounding the food like cooking process in much easier and interesting way, and the origin of the cuisine. (image: Korean Air)

At the end of last year, Korean Air created new inflight menus including a Korean traditional table d’hôte menu and bean paste over rice. The company said it will continue to develop authentic inflight meals and make them in public by actively taking part in world travel fairs.