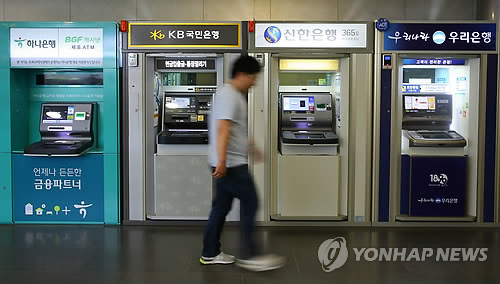 SEOUL, May 22 (Korea Bizwire) — As local banks suffer from reduced net interest margins, they are looking to reduce operational costs to overcome their difficulties.

KB Kookmin Bank is urging its employees to report their business activities verbally or via email, not through color prints or full color Powerpoint charts to save costs on printer toner and paper.

An official at the bank said, “In the past, we made color copies of business reports to executives, but now we use KakaoTalk.”

In addition, the bank encourages its workers to turn off the lights during lunch time, to turn off electronics and to use both sides of paper.

Shinhan Bank, the largest commercial bank in Korea, is also tightening its belt. It is collecting ideas to reduce expenses among its workers for the first time since its foundation. “The success of cost reduction is in the hands of our workers. We are trying our best to reduce costs,” a Shinhan Bank official said.

Hana Bank and Korea Exchange Bank (KEB) are preparing for their integration, and are disposing of unnecessary or rarely used computer systems as an effort to reduce costs.