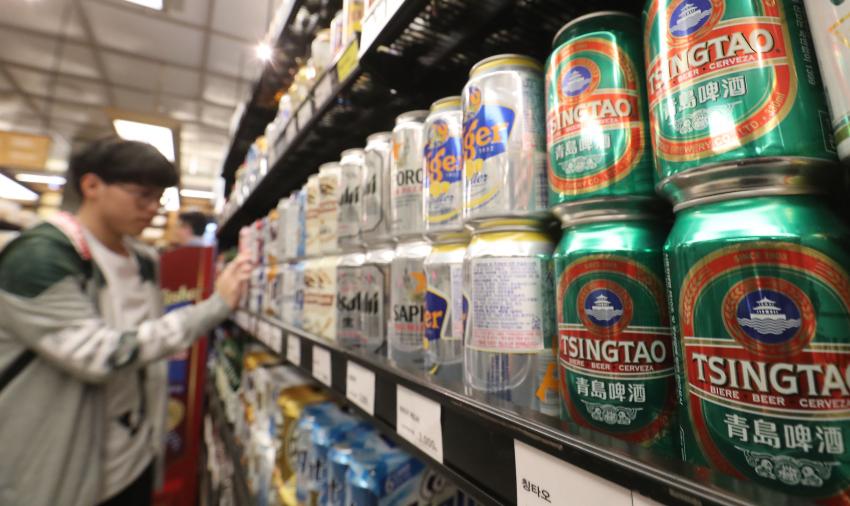 “It’s only a matter of time until they surpass 20 percent market share.” (image: Yonhap)

SEOUL, April 24 (Korea Bizwire) – Local breweries are on high alert with the emerging presence of imported beer brands in the South Korean market.

Although an estimate, as breweries in South Korea refrain from disclosing specific sales statistics to for competitive purposes, industry experts believe that foreign breweries accounted for more than 10 percent of the market last year for the first time, up from 2 to 3 percent in 2007.

Several factors contribute to the popularity of imported beers, but most industry watchers point to the emerging popularity of drinking alone or at home instead of in a social setting at bars or restaurants, with consumers seeking greater diversity.

Local brands are fighting back with new product launches.

Lotte Chilsung Beverage is launching Fitz Super Clear, a 4.5-percent alcohol lager, at the end of May with the goal of boosting its market share to about 15 percent. The new brand, according to an official, will target drinkers who prefer “somaek,” a mixture of soju and beer.

“With Fitz Super Clear targeting the standard beer market, we’ll have a two-track strategy with Kloud focusing on the premium beer market,” said a Lotte official.

HiteJinro Co., currently second in the beer market, is also launching this month Korea’s first “sparkling liquor,” Filite. The drink has a similar taste to a beer but with a low malt content, which means that it’s more budget friendly. A 355-milliliter can will be priced at 717 won ($0.63), which is about 40 percent cheaper than its competitors.

Sparkling liquor gained popularity in Japan in the 1990s during the country’s economic slump, and still boasts a 14 percent share (2016) in the local market. 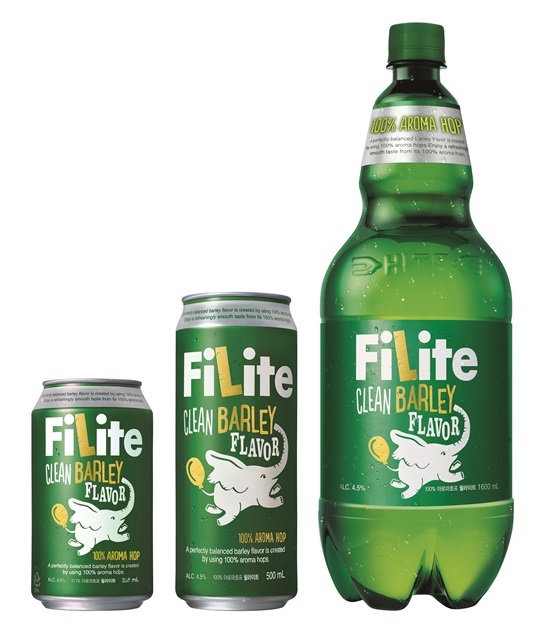 “Sparkling liquors were very popular among Japanese with thin wallets during the country’s economic downturn,” said a HiteJinro official. “With Filite, consumers will have access to a more cost-effective beverage, while we as a company will better cope with the pressure from imported beer brands.”

Industry leader Oriental Brewery is still sitting pretty with its market share hovering above 60 percent, but it’s also seeking variety with additions to its product line up.

As a local distributor for several global brands such as Hoegaarden and Budweiser, Premier OB Weizen and black beer Premier OB Dunkel are some of the new products the company has launched to emphasize diversity.

Earlier this year, Oriental Brewery also changed the bottle shape for its flagship beer, Cass, for the first time since its launch in 1994 to better appeal to younger consumers. “The tastes of consumers here are highly fickle. It’s important that we read these trends well,” an official said.

Nonetheless, industry watchers still anticipate imported brands to continue to make inroads in South Korea for the foreseeable future. A local industry official said that “It’s only a matter of time until they surpass 20 percent market share.”

“Unless local breweries come up with bold strategies, it’s going to be difficult to curb the growth of imported beer, which is only increasing.”