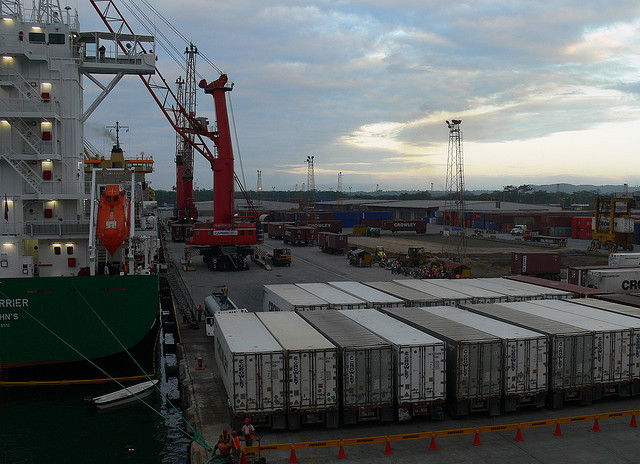 According to a recent survey conducted by CEO Score investigating the business performances of 1,451 companies of 45 business groups, their total sales last year was 1,445.6 trillion won and 48 percent of the sales, or 693.6 trillion won, was from overseas. (image: sodaro,k/ flickr)

According to a recent survey conducted by CEO Score investigating the business performances of the nation’s 1,451 companies under 45 business groups, their total sales last year stood at 1,445.6 trillion won and 48 percent of the sales, or 693.6 trillion won, stemmed from overseas.

Their domestic sales declined by 39 trillion won, a 4.9 percent fall over the previous year and their overseas sales increased by 15 trillion won, or a 2.2 percent rise, over the same period.

Among the business groups, Daewoo Shipbuilding and Marine Engineering earned 14 trillion won in sales revenue from overseas and recorded the highest growth rate of overseas sales with 88.9 percent among its total sales of 15.7 trillion won. Heavy industry groups like GM Korea (85.7%), Hanjin (77.3%) and Hyundai Heavy Industries (72.4%) ranked in higher positions.

Samsung Group ranked fifth with 67.8 percent. Especially, the overseas sales proportion of Samsung Electronics surged up to 89 percent due the stagnation in the domestic smartphone market. Its sales in China already surpassed those in Korea.

Meanwhile, retail business groups including Booyoung, Shinsegae, CJ, E-Land, Home Plus and so on recorded less than 10 percent of overseas sales ratio.

Among individual companies, Samsung Electronics recorded 141.2 trillion won of overseas sales which is equivalent to 20 percent of the total overseas sales of 45 business groups.