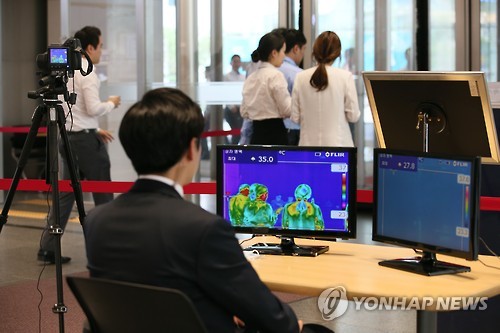 SEOUL, June 8 (Korea Bizwire) – South Korean companies are rushing to step up their emergency response efforts to better protect their employees from Middle East Respiratory Syndrome (MERS), which is showing signs of a wide spread in South Korea.

South Korea remains gripped by the potentially deadly disease that has claimed six lives so far and forced more than 2,500 people to be kept in quarantine. This is the largest outbreak of the disease outside Saudi Arabia.

Hyundai Motor Group, which has top two automakers, Hyundai Motor and Kia Motors, under its wing, held an emergency meeting on Monday and decided to step up preventive measures against MERS.

The group carried out training to help its workers stay clear of the disease, while ordering employees at its affiliates and subsidiaries to make sure that they are well aware of necessary preventive tips and guidelines.

In a related move, it dispatched high-ranking officials to some of its major local plants to ensure that they take necessary preventive measures as recommended.

The group also made facial masks, hand sanitizers and thermometers available for workers and visitors, while installing thermo-graphic cameras at major buildings, including its headquarters located in southern Seoul.

Employees traveling in the Middle East for business purposes were ordered to remain vigilant about their health and to get quarantined should a fever or any suspicious symptoms be detected.

Hyundai Motor Group said that those measures were taken as a precaution considering that it is one of the largest employers in the country with hundreds of thousands of people, including its workers and their families, whose health could be affected.

Other business groups are joining the move.

LG Group affiliates such as LG Electronics, LG Chem and LG Display recently stepped up their efforts to prevent the disease from affecting their businesses, urging their workers to refrain from traveling to the Middle East and other at-risk areas, according to company officials.

Meanwhile, airline companies have been hit hard by the MERS outbreak.

Korean Air and Asiana Airlines, the country’s two largest flag carriers, are facing thousands of passengers canceling their scheduled flights every day as foreign tourists are apparently reluctant to visit here for fear of becoming infected with the disease, industry data showed.

Korean Air said that about 2,800 customers have canceled their flights every day since late May, while Asiana Airlines reported a daily average of 2,600 people who have called off their trips.

“We cannot be sure of the exact reason but suspect that it stemmed from massive cancellations of trips by Chinese people apparently affected by the outbreak of MERS,” an airline official said.