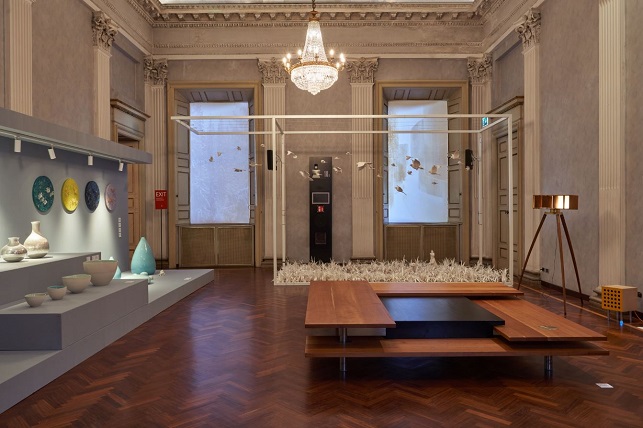 This photo, provided by the Korea Craft and Design Foundation, shows Korean craftworks on display at the Palazzo Litta in Milan, Italy.

SEOUL, Sept. 6 (Korea Bizwire) — Dozens of Korean craftworks have gone on display at a major international design fair in Milan, including a wooden table featured in the Oscar-winning Korean film “Parasite,” the culture ministry said Monday.

The Korean show, titled “All about Attitude,” is part of Milan Design Week 2021 and opened in the Italian city on Sunday for a six-day run.

The 126 works by 21 Korean artists, involving metals, pottery, textiles, glass, wood and lacquer, are being housed inside the Palazzo Litta, a Baroque structure that dates back to the 17th century.

The exhibition has been divided into three spaces: “All about Earthbound,” “All about Companion” and “All about Posture.”

Designer Bahk Jong-sun’s wooden table, which stood in the living room of the rich family in the Bong Joon-ho-directed 2019 black comedy, can be found in the hall titled “All about Earthbound.” 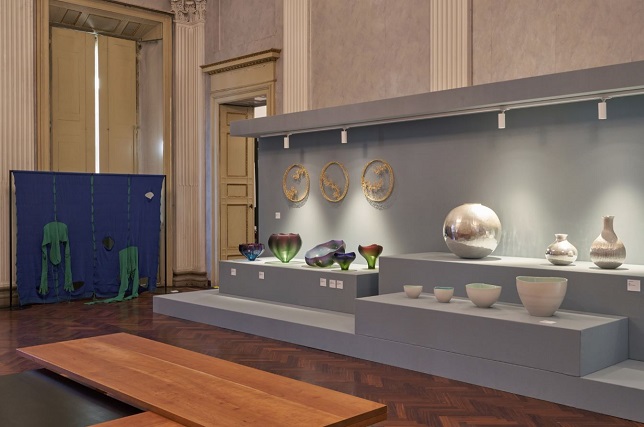 This photo, provided by the Korea Craft and Design Foundation, shows Korean craftworks on display at the Palazzo Litta in Milan, Italy.

This is the ninth consecutive year South Korean crafts have taken part in the fair.

This year’s theme was inspired by the COVID-19 pandemic.

“‘All about Attitude’ aims to send the message that we should put aside our human-centered thinking and stick to an attitude of respect for nature, materials, objects and tools,” Kim Tae-hoon, president of the Korea Craft and Design Foundation, which together with the culture ministry is organizing the show, said earlier.

The works can be viewed online at www.moscapartners.it/en. Additional information on the artists and the show can also be found at www.fuorisalone.it/2021.