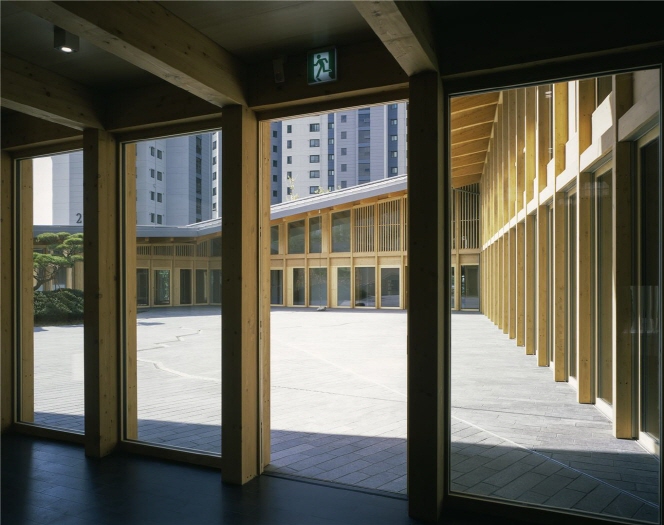 SEOUL, May 16 (Korea Bizwire) — Switzerland has rebuilt its embassy in Seoul with a touch of traditional Korean architecture in an effort to bolster relations between the two countries and as a “tribute” to South Korea’s growing global significance, its ambassador said Thursday.

“This new Swiss Embassy in Seoul is first and foremost a tribute to South Korea’s growing global significance … It will help us upgrade our relations and to be a very active partner in Korean society,” Amb. Linus von Castelmur told a media conference in Seoul.

The new compound, due to officially open Friday, sits in a somewhat unusual neighborhood for a foreign diplomatic mission in Korea.

Located in the central Jongno district, it is surrounded by a large residential new town with nearly 1,500 households redeveloped as part of the Seoul city’s urban planning strategy.

It took five years for the construction to be completed on the very ground that the Swiss Confederation acquired in 1974 to build its first compound.

“2019 will be the year for Switzerland to build a bridge to become closer to Korea,” the ambassador said.

The building garners particular attention for its aesthetic motive, which is inspired by, and incorporated with, the style of Korean traditional houses, known as “hanok,” the embassy said.

Much of the 2,872 square-meter, three-story complex is comprised of wood, in and around the building, with low roofing. It has a large courtyard in the center that emulates the typical hanok structure. 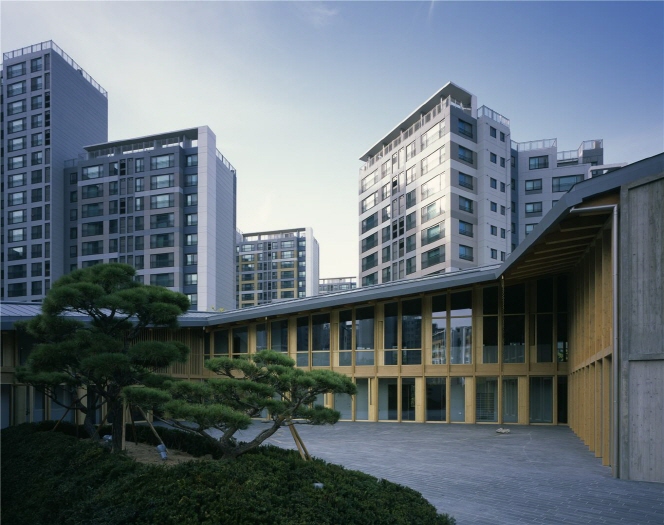 The new diplomatic edifice surrounded by a residential apartment complex in Seoul’s Jongno district, on May 16, 2019. (image: Swiss Embassy in South Korea)

From an aerial view, the embassy is C-shaped, another unique characteristic of the old Korean house created to better retain heat.

The Swiss government selected the hanok-inspired proposal by Nicolas Vaucher, one of its own designers, through an open bidding and his company worked with a Korean partner for the project.

“We wanted to create a figure that reminds us of the old urban neighborhood, that symbolizes harmony, integration and openness,” Vaucher said.

And, perhaps less conspicuous, the embassy is also equipped with a full nuclear shelter.

A local newspaper reported that the shelter was revealed to residents of the neighborhood who came to the pre-opening public tour on Wednesday. It quoted some residents as saying the embassy told them it was built against potential North Korean aggression.

The embassy confirmed its existence inside the compound and that the embassy was shown to the visitors, but denied having made such remarks to the residents in relation to North Korea.

An embassy official said Swiss law requires installation of a nuclear shelter at any residential and government building of a certain size or larger, both in its homeland and those stationed overseas.