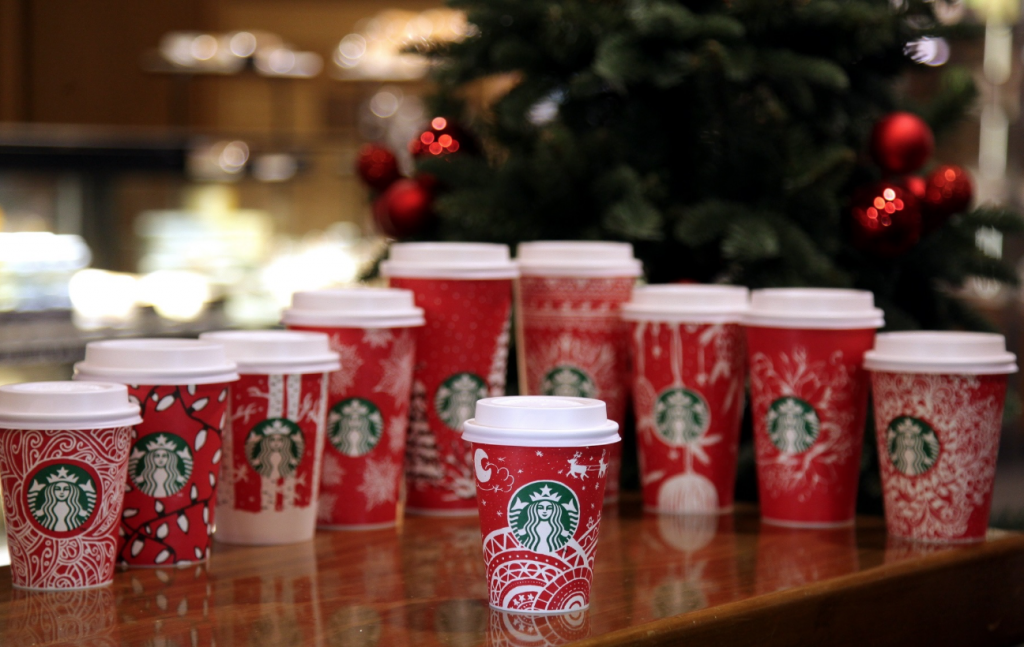 Kwon’s design is called “Sleigh Ride”, and it’s a ‘short’ sized cup with the main illustration including Santa’s sleigh on a starry night. (image: Starbucks)

SEOUL, Nov. 11 (Korea Bizwire) – A Korean-designed holiday cup is now in use at 23,000 Starbucks coffeehouses in 75 countries across the world.

According to Starbucks Korea, a design by 24-year-old Kwon Eun-joo was selected as one of the 13 cups for this year’s Red Cup Contest on Instagram, hosted by the global coffee giant.

Starbucks has been introducing specially-designed red cups during the Christmas holiday season since 1997. But it decided to do something different this year by inviting creative customers to design the cups themselves. Other winners hailed from the U.S., Canada, Indonesia, the United Arab Emirates, and Russia.

Kwon’s design is called “Sleigh Ride”, and it’s a ‘short’ sized cup with the main illustration including Santa’s sleigh on a starry night. 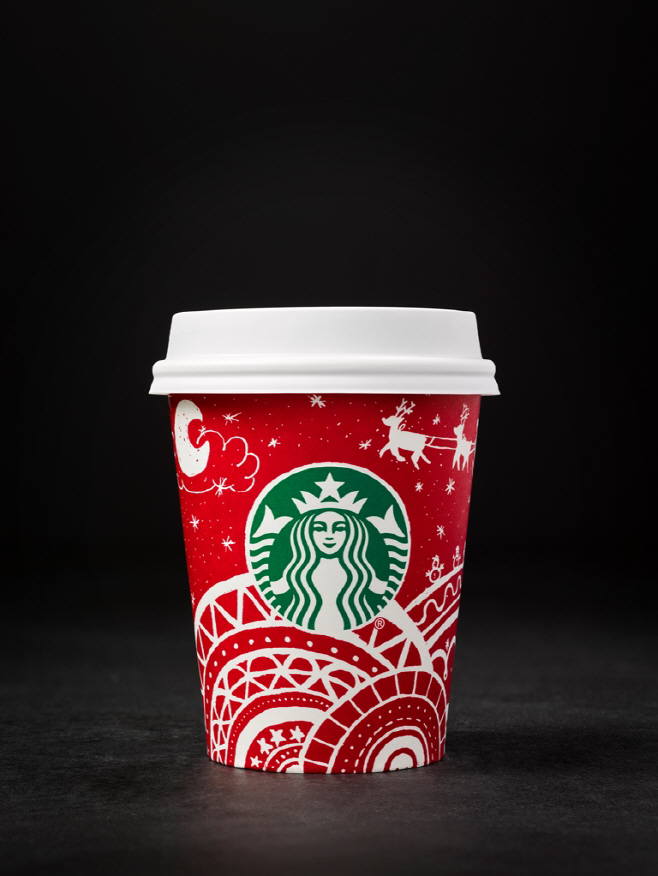 “There are many people – like different patterns of overlapping circles – but everyone can have happy memories with a cup of coffee at Starbucks,” she said to Starbucks.

Starbucks drinks will be served in the 13 cups during the company’s Christmas promotional event, which lasts until the end of the year. Unfortunately, though, customers won’t be able to choose the cup of their preference.

Meanwhile, Starbucks Korea is also holding a promotional event until November 23 to celebrate the launch of the new cups.

One thousand free drink coupons and 10 Starbucks planners will be given out to those uploading pictures of the new cup with their handwritten Christmas wishes on Instagram, with the hashtags #StarbucksRedCup, #WishList, and #RedCupSanta.