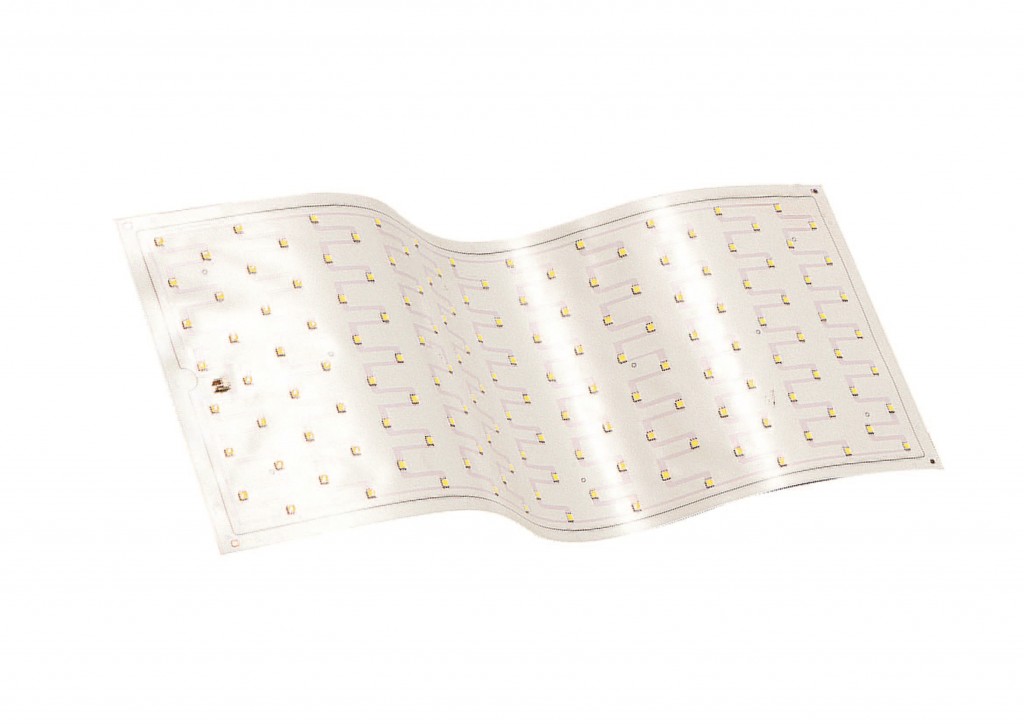 The FLM technology can produce large-size FPCB of 1200×400 millimeters at maximum with as thin as 180 nanometers of slimness. (image: Seeluce)

By using the thermoplastic film as its raw material, unlike the existing PCB technology, Seeluce’s FLM technology can omit four phases of processes of curing, gliding, pattern hole processing and silicon process, which can improve productivity (twice higher than the existing flexible PCB technology) and price competitiveness. In terms of price, it can produce at half of the cost comparing with using the existing polyimide materials.

The FLM technology can produce large-size FPCB of 1200×400 millimeters at maximum with as thin as 180 nanometers of slimness. To prevent shrinkage and curling, the main problem in producing large-sized PCBs, Seeluce lowered the shrinkage less than 0.1 percent with its proprietary technology and improved the curling with its surface mounting technology.

Seeluce’s FLM is so thin that it can be used for curved places, and with its water-proof functionality it offers various advantages in making designs. By practically using the technical advantages, it can be applied to various applications not only in LED lightings. As a new application of the technology, Seeluce will roll out an LED facial mask for beauty purposes next month.

Moon Hyeong-oh, CEO of Seeluce, said, “Our FLM technology is proven both in higher productivity and price competitiveness. Based on these advantages, we will provide optimum solutions to our clients by applying to areas such as LED lightings to black light unit (BLU), signboards and automotive parts offering value-added products.”