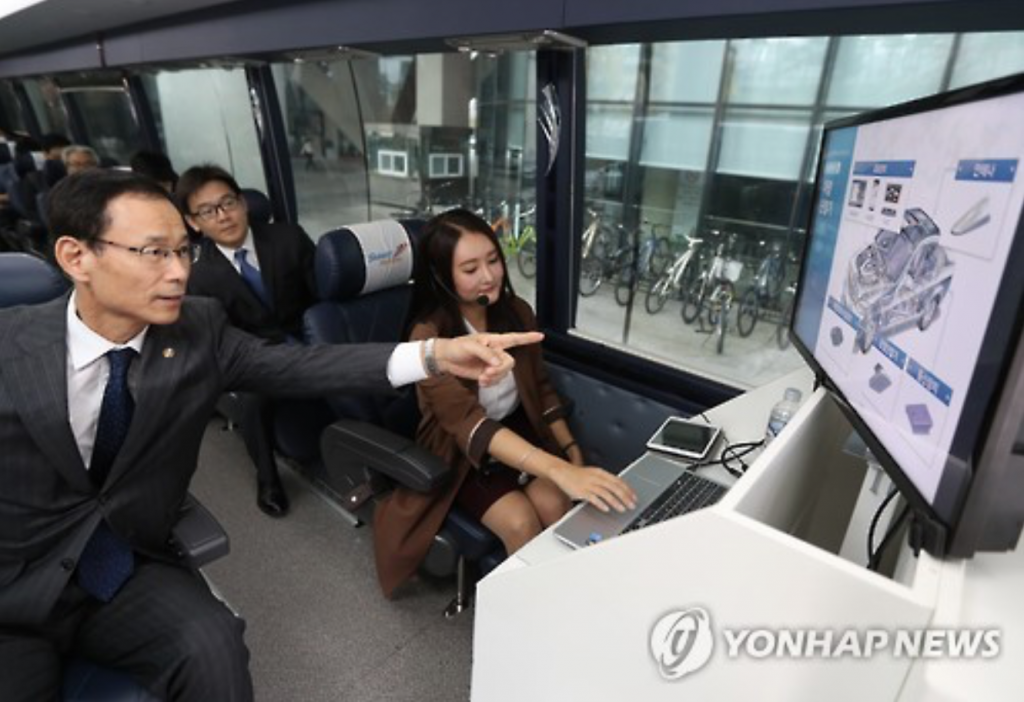 SEJONG, Oct. 28 (Korea Bizwire) – Cooperative Intelligent Transport Systems, or C-ITS, are future traffic safety services that are being promoted globally as a means to prevent traffic accidents, and will ultimately serve as an essential resource for self-driving vehicles.

The Ministry of Land, Infrastructure and Transport launched a C-ITS pilot project in July 2014 to be continued until July 2017, using 87.8 kilometers of roads between Daejeon and Sejong. The government plans to implement the system at all expressways in the country by 2020.

During Thursday’s demonstrative event, officials were given the opportunity to ride on a bus installed with C-ITS technology. The system issued various warnings and alerts related to road conditions, upcoming pedestrians, an approaching ambulance, and vehicles doing u-turns.

Although the notifications were displayed on monitors installed in the bus, once the official system launches, drivers will simply be able to install a C-ITS chip in their vehicle to receive the same kind of information through navigation devices, smartphones, or windshields, said an official.

According to the ministry, the commercialization of C-ITS technology will help cut losses from pedestrian car accidents by over 1 trillion won ($877 million) per year, vehicle-to-vehicle accidents by 893.2 billion won, and 865.9 billion won for traffic light violation accidents at intersections. 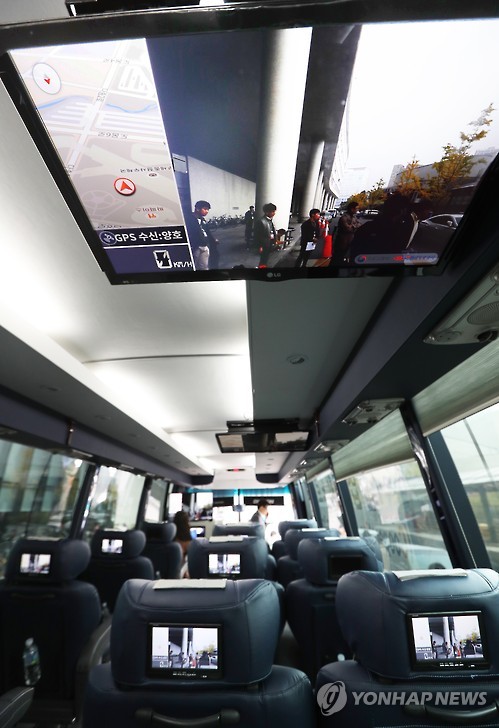 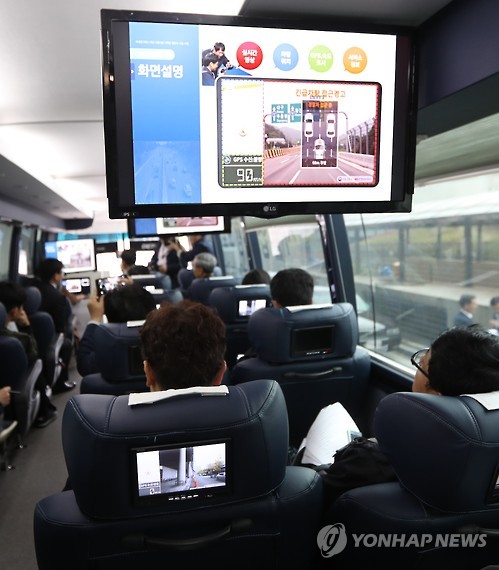