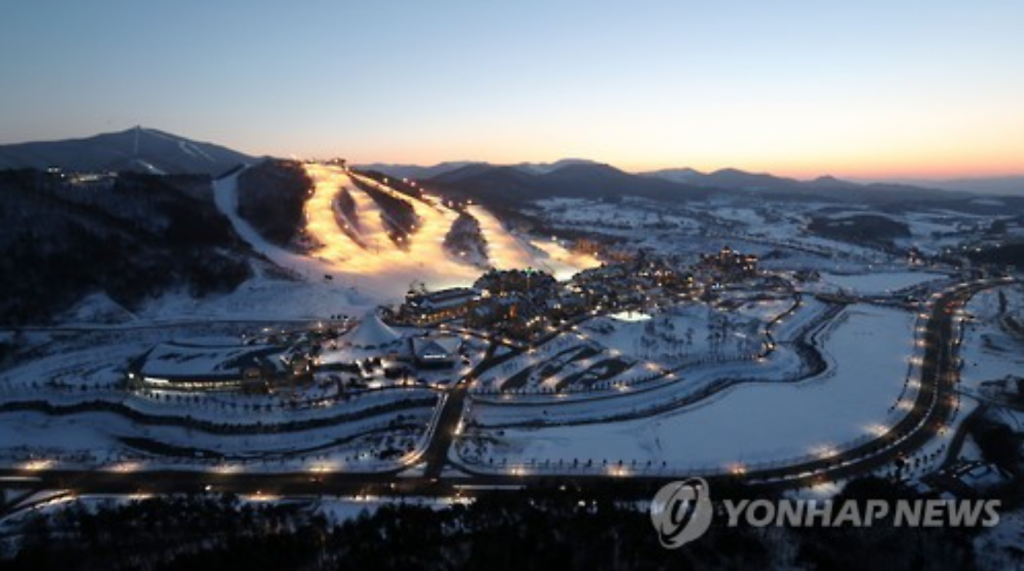 The night view of the Alpensia Resort in PyeongChang, which will be the main venue for the 2018 Winter Olympics. (image: Yonhap)

GANGNEUNG, South Korea, Feb. 20 (Korea Bizwire) – With less than a year left before the PyeongChang 2018 Winter Olympics, officials have unveiled a handful of cutting-edge ICT (information and communications technology) innovations that will be implemented at the games.

KT Corp. the official telecommunications partner for the Olympic games, introduced an augmented reality navigation system for venues that will allow spectators to find their seats and other amenities using their smartphones.

The technology, which was showcased last week at the Gangneung Ice Arena (for figure and speed skating), made use of some 200 beacons installed around the facility. Officials plan to expand the service to Incheon International Airport, which will serve as the main transportation hub for entry, in time for the actual sporting event next year.

KT added that it is planning a service that alerts spectators of busy exits and entrances, and of potentially dangerous locations also via smartphone alerts.

Helping foreigners overcome the language barrier will be GenieTalk, a translation app developed by Hancom Interfree. Users can obtain both written and spoken translations by simply speaking into the app. GenieTalk is equipped with AI-based self-learning technology, which means that the platform will improve over time, officials said.

Services are currently available in Korean, English, Chinese, Japanese, French, and Spanish, and German, Russian, and Arabic will be introduced before the Olympics.

Other technologies to accommodate overseas visitors are smart bands serving as electronic wallets, which can be charged at local convenience stores to be used at lodging facilities, restaurants, and on public transportation, and a virtual reality broadcast service for sports fans to watch the games via VR headsets, giving users the impression of watching the games from the stadium.

Ultra-high definition (UHD) TV broadcasts, self-driving vehicles, and a pilot project for 5G communications service, which is up to 50 times faster than LTE, will also be ready by next February, officials said.