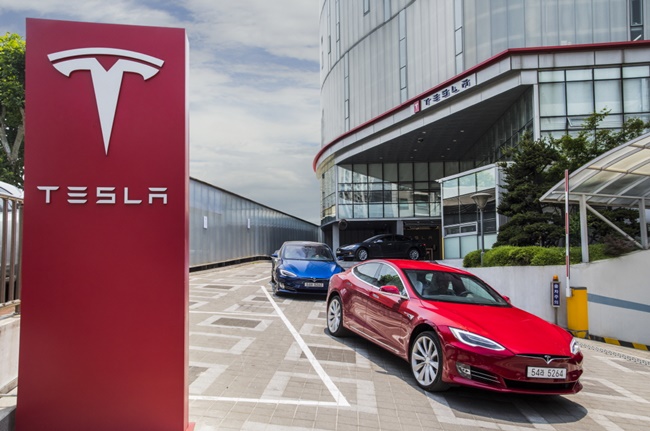 Local investors bought US$1.03 billion worth of Tesla shares last month, the highest since last December, according to the data from the Korea Securities Depository.

As such, South Korean investors owned $12.69 billion in Tesla stock as of June 1.

The recent fluctuation in Tesla’s share price was seen by many as a chance to buy at a discount.

Tesla’s shares dropped 12.9 percent in May alone. Since earlier this year, shares have dropped by 28.2 percent.

South Korean investors also bought shares of other U.S. tech giants last month, many of which have been seeing price drops.

Investors bought $428 million of the ProShares UltraPro QQQ ETF (TQQQ), which aims to offer three times the daily return of the Nasdaq 100 index and $152 million of Apple shares.