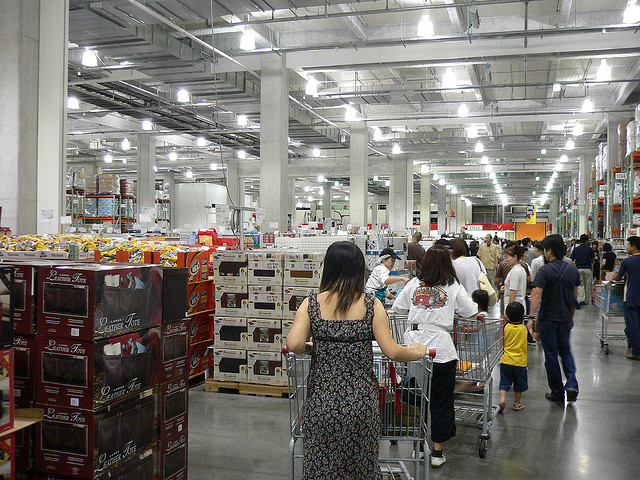 Costco’s corporate policy is to only have one card partnership agreement per country, and its affiliation with Samsung Card has been in place for the past 15 years. (image: J M/flickr)

SEOUL, March 20 (Korea Bizwire) — Korean card companies are throwing themselves at Costco Korea in hopes of developing an affiliate partnership, as the company’s current agreement with Samsung Card ends in May.

Costco’s corporate policy is to only have one card partnership agreement per country, and its affiliation with Samsung Card has been in place for the past 15 years, shutting out other card companies. Without divulging any specific details, Samsung Card has stated that it is engaged in talks with Costco to renew the contract.

However, other card companies are poised to take advantage of the situation, as Samsung Card and Costco have been dragging out talks since January.

Although Costco only has 11 retail stores in Korea, it is competitive enough to challenge other large retailers operating hundreds of stores around the country. Costco customers use their Samsung Cards for 2 trillion won (US$ 1.78 billion) in purchases annually, and Costco is set to open an online store later this year.

Samsung Card raised its commission rate from 0.7 percent to more than 1 percent in 2012, and compensated Costco for the difference. However, according to the revised Specialized Credit Financial Business Act, Korean card companies can no longer enter into agreements with affiliates with commissions lower than the regulated rates, nor can they compensate affiliates for the difference.