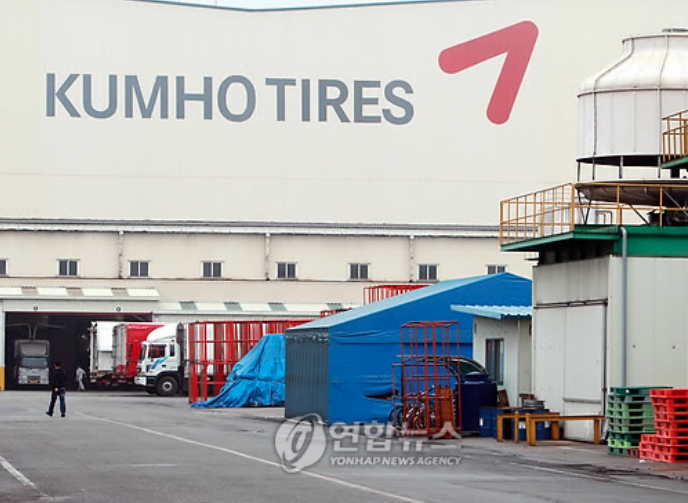 “There are many options for me,” Park said regarding how to raise money to buy back the tire-making affiliate. (image: Yonhap)

SEOUL, Jan. 17 (Korea Bizwire) – The chief of Kumho Asiana Group, parent of Asiana Airlines Co., said Tuesday that he will exercise his right to buy back a tire-making unit from its creditors currently up for sale.

The creditors of Kumho Tire Co., led by the state-run Korea Development Bank, are set to announce this week a preferred bidder for a 42.1 percent stake in South Korea’s No. 2 tire maker, with a Chinese tire maker reportedly picked as the prime bidder.

“It is right to exercise the right to buy back (Kumho Tire),” Kumho Asiana Group Chairman Park Sam-koo told Yonhap News Agency. “I have not yet been informed of (the preferred bidder) by the creditors, however.”

Chinese tire maker Qingdao Doublestar Co. Ltd. has received the highest score in the evaluation of price offer and other terms in the bidding that closed last week, industry sources said.

Qingdao Doublestar has offered to buy Kumho Tire for some 1 trillion won (US$844 million), the sources said.

“There are many options for me,” Park said regarding how to raise money to buy back the tire-making affiliate.

The creditors will give notice to Park about whether he can buy back the local tire maker.

Park has a month to make a decision after getting the related notice from the creditors.

Industry sources expect Park may set up a special purpose company to buy back Kumho Asiana with the help of a few financial investors.

Kumho Tire was placed under a creditor-led workout program in 2009, with its parent Kumho Asiana hit hard by a liquidity crunch from the takeover of Daewoo Engineering and Construction Co.